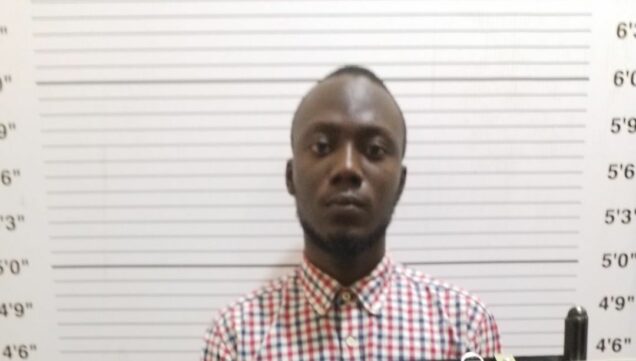 Justice Uche Agomoh of the Federal High Court, Ibadan, has sentenced Olugbenga Olurinde, a.k.a Iga Swiatek, to 10 months in a correctional centre over 300 dollar cyber fraud.

Agomoh held that she convicted and sentenced Olurinde based on the evidence tendered before her, as well as, the plea bargain agreement the convict had with the Economic and Financial Crimes Commission (EFCC).

The judge also noted that her pronouncement was in line with the provisions of Section 270 of the Administration of Criminal Justice Act (ACJA) 2015 that stipulated how somebody who entered a plea bargain agreement should be sentenced.

“I hope that the convict is truly remorseful of his action and has turned a new leaf.

“After completing his sentence, Olurinde shall write and sign an undertaking at the EFCC’s office to be of good behaviour and never to participate in any form of crime again.

“However, to serve as deterrent to other internet fraudsters, Olurinde is sentenced to 10 months in prison and the sentence starts from the date he was first arrested.

“The proceeds of crime are forfeited to the Federal Government of Nigeria,” Agomoh ruled.

Earlier, the EFCC Counsel, Ibadan Zonal Office, Mr S. Bashir, had told the court that the convict was arraigned on one-count amended charge bordering on impersonation.

Bashir further said that the convict was apprehended by the operatives of the anti-graft commission on March 12 in Ibadan.

The prosecutor revealed that intelligence obtained from Olurinde’s email address indicated that he had been operating as a fake tennis star named Iga Swagitek.

He also said that the convict had defrauded a number of unsuspecting foreigners by using the same name.

Basher stated that Olurinde restituted 300 dollars while other incriminating documents were printed out from his dubious email address.

He added that the offence was contrary to and punishable under Section 22 (A) and (B) of the Cyber Crime Prohibition and Prevention Act, 2015.