'I got N1.5m' - Pastor Anoloba speaks on kidnap of Imo Catholic Priest 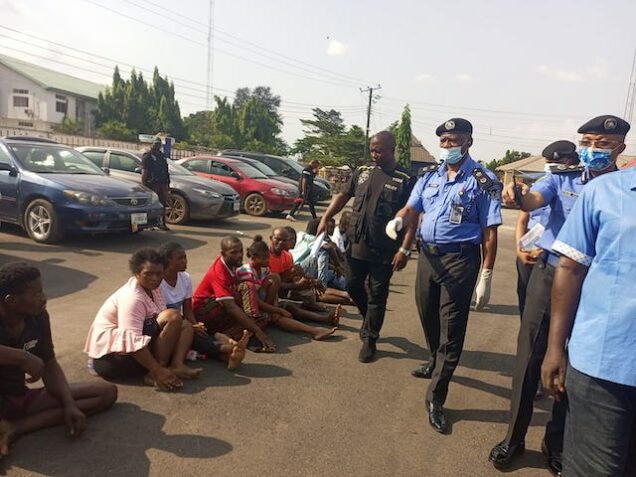 Pastor Izochukwu Anoloba among the suspects arrested by Imo Police

Members of the clergy are ordinarily expected to be of high moral standing, pulling men away from criminal tendencies to Godly attributes, but for Pastor Izochukwu Anoloba of Apostolic Church of Christ the reverse was the case.

In a shameful disregard of the axiom that ‘dog don’t eat dog’ the 35-year-old threw caution to the winds and participated in the abduction of a Catholic Priest, Fr. Fidelis Ekemgba in Imo State.

Fr Ekemgba, 45, remained with his kidnappers for a week and regained freedom after N5 million ransom was paid.

But that was not the of the matter for him as Pastor Anoloba and his other gunmen colleagues are now in the custody of the Imo Police Command.

Speaking to Journalists, Anoloba, confessed that he got N1.5m from the ransom the priest paid them.

“I am a pastor with Apostolic Church of Christ in Lagos. I got N1.5 million from the kidnap of the priest. I never knew I will be arrested.

“I regret my actions because I am now a disgrace to the body of Christ and my family.”

Parading the suspects and others, the state Commissioner of Police, Rabiu Hussaini, said that the suspects held the priest for over seven days and made him to pay a ransom of N5 million to them.

He disclosed that the priest, 45, in charge of St. Peters Catholic parish in Umunohu Amakaohia in the Ihitte/Uboma Local Government Area of the state, was double-crossed and whisked away by his abductors.

Commending his men for an excellent job, the CP said that he would continue to make the state uncomfortable for criminals.