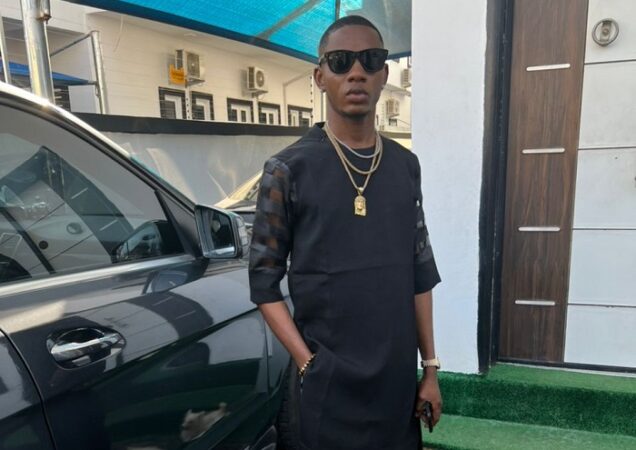 It is practically inarguable that social media has become indispensable to many people who have found a means of livelihood through it.

Many artists and business owners have found prominence and success through the various platforms in cyberspace without requisite backgrounds.

And this is a fact, Nigerian music artist, Emmanuel Onyinye Promise popularly known as Whaiskee from Awgu local government area of Enugu State based in the United Arab Emirates has come to appreciate.

He was emphatic in his declaration of social media as being key to his growth and popularity.

“Social media has not only helped me but has also built my brand as an artist. When it comes to entertainment it has also helped showcase my talent as an artist and without social media, things would not have been this easy for me.

“It has allowed me to go beyond my expectations and beyond borders. It is air for many artists as it can carry you to any destination you even dream of,” he said.

Whaiskee who is also an entertainment entrepreneur also speaks on the rise of Nigerian music and begs the government of Nigeria to key in and help artists to do more and make Nigeria the envy of the world.

“The government can help buy into the musical buzz in the country by endorsing the great musical artists of our generation, recognizing them and appreciating them to make them do more.

“From my own experience there are many challenges and they present themselves in different ways and some are actually unbearable but the truth is to stick to your belief and never give up,” he stated.

“People love good music and they repeat and learn every single part of its chorus and lyrics and the buzz is wild right now not only in Nigeria but all over the world.

“Even from the top charts of the world Nigerians are at the top and with this, I would say we are doing very well worldwide.

“The African music incursion is way unbelievable like we are at the top of the world. All thanks to Afrobeat which is ruling the music genres of the world,” he added.

Whaiskee has worked with Liya (Davido’s female artists) Olush and many more.

He is particularly proud of his music.

“I got high streams on my music and beat in Apple Music and Spotify,” he remarked.

Whaiskee started 2021 on a bright note by releasing the fifth single of his career titled “Golden World” on April 7th.

The song further entrenched his name on the landscape as an artist with a lot of promises and the cutting edge to deliver in the near future.

His musical journey dates back to 2017 when he released his debut single titled “Family Culture”.

It was a song that created a path for him to work through.

In the same 2017, Whaiskee displayed his musical dexterity by adding yet another single to show his preparedness to have a place in the music space.

The “Dream Asset ” released in August 2017 as a follow up to his debut in May.

In 2018, the Enugu State-born artist surfaced yet again on the music scene with another single “Pure Heaven” that catapulted him to fame.

Although he wasn’t a household name, he became a darling of the people that matter in the musical enclave, not only in Nigeria but beyond its shores.

Whaiskee registered his name on the musical diary in 2019 with “Black Breed”, a song that won the hearts of many people and got in on the playlist of most.

It was a mature delivery with insightful lyrics and rhythmic sound. It proved the young, budding singer has come of age.

Whaiskee is also an entrepreneur, businessman, marketer and show promoter.

He is the brain behind Dreamxoxo Music and Entertainment, as well as, the founder of Dream Star Marketing Plus Media in UAE with a registered license.