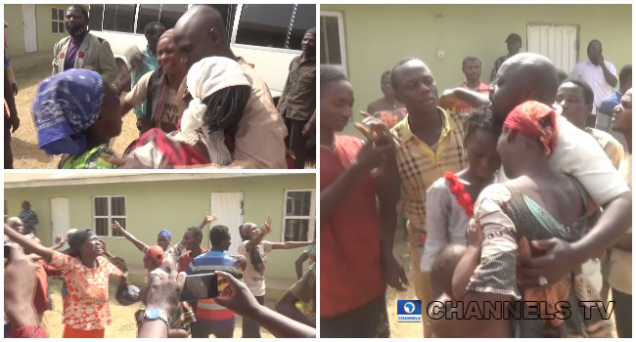 Released members reunite with their families

Bandits had invaded the church on October 31, 2021 and abducted scores of worshippers.

While in captivity, two of the abducted members were killed by the bandits.

On Saturday, the victims including women, men and children were brought to the Albarkar Baptist Church in the Kaduna state capital after their release and were reunited with their families.

A relative of one of the victims told Channels Television that they paid ransom to secure their release.

Kaduna State Commissioner for Internal Security and Home Affairs, Samuel Aruwan, said the victims were handed over to the state government by the military for an onward reunion with their families.