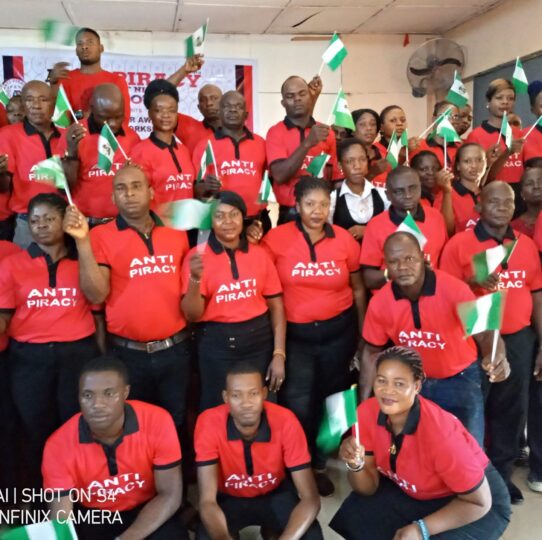 The Anti-Piracy Society of Nigeria (APSON), Anambra State Sector, in collaboration with Tavbt software developers, on Saturday, unveiled a mobile application to track fakery and fake products before purchase.

The App, known as ‘TaVbt’, was unveiled at the Inauguration and Induction of Anti-piracy Agents into APSON, in Awka, to help individuals detect fake or original products using their mobile phones.

During his address, Mr. Frank Uduonu, Director-General, APSON, said the vision of the society is to rid the society of counterfeit, pirated products and promote activities inimical to achieving originality.

“In the society of ours, people tend to cut corners and pursue negative practices to make ends meet.

“People no longer want to think and work towards achieving edifying goals that will make them shine out and hold their heads high as originators of the enterprise.

“The idea of unveiling the TaVbt App is to promote the drive to correct the mistakes of the past and direct our conscience towards toeing the part of rectitude and due process as paths that must be pursued vigorously,” he said.

Uduonu urged the government, civil society organizations, security agencies, the private sector, professionals and the media to join hands to fight piracy and circulation of fake and counterfeit products.

He said that the 115 certified Anti-piracy Agents who had been inducted would carry out awareness, sensitization and social campaigns against piracy, counterfeiting and plagiarism in the state.

“We want to intensify consumer education by educating the people on the societal dangers of patronizing fake products and indulging in counterfeiting, as well as their rights to originality.

“We will take the campaign to schools and we are also calling for anti-piracy education to be included in our schools’ curriculum to catch them young in the fight against piracy.

“The change to better our society begins with us because fake kills faster than AIDS. Say no to fake goods and services, and let’s rebuild Nigeria,” he said.

In his remarks, Dr. Martin Anusi, Director, Fides Communications and Chairman of the event, said that piracy and counterfeiting would end when individuals take up the roles as watchdogs.

He urged the public to report to government and security agencies when they notice such infractions in society.

Also speaking, the Zonal Police Public Relations Officer of Zone 13 headquarters, Anambra, DSP Nkiru Nwode, urged the newly-inducted agents to be extra cautious in the discharge of their duties, as well as seek the assistance of security agencies.

Mr Barnabas Alih, Chief Executive Officer of Alibab De Great Industries and representative of manufacturers in Anambra, said that the act of piracy had shut down businesses due to gross loss of revenue and brand integrity.

APSON, a non-governmental organization established in 2018, is with a mission to fight anti-piracy and counterfeiting in the Nigerian market through intensified public sensitization.