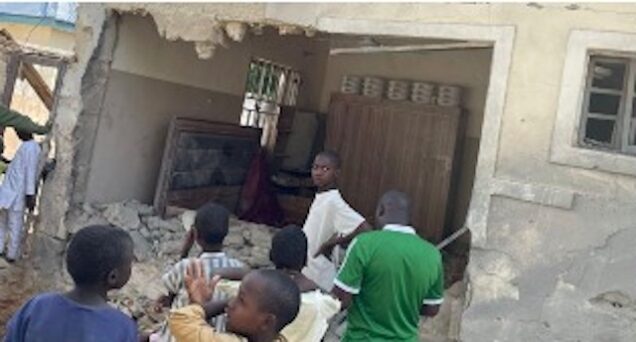 The Federal Airports Authority of Nigeria (FAAN) has debunked reports that a mortar bomb exploded at the Maiduguri airport in Borno State.

The General Manager, Corporate Affairs, Henrietta Yakubu, in a statement on Saturday said the information was false.

She said there was neither an explosion nor any attack at the airport.

“The airport was not targeted, and is not under any attack whatsoever,” the statement read.

FAAN assured air travellers that it remains committed to its core values of safety, security and comfort.

The terrorists said to be of ISWAP extraction, lobbed no fewer than five mortar bombs into the city today, a military source told P.M.News

Among the places hit was 1000 Estate on Maiduguri-Damaturu highway.

The bomb hit 12 houses, but no life was lost. A six year-old girl identified as Fatima was injured.

One of the bombs dropped on a car, another on a farm.

In February, at least 10 persons died and about 60 were injured after Boko Haram insurgents fired rocket bombs into the town.