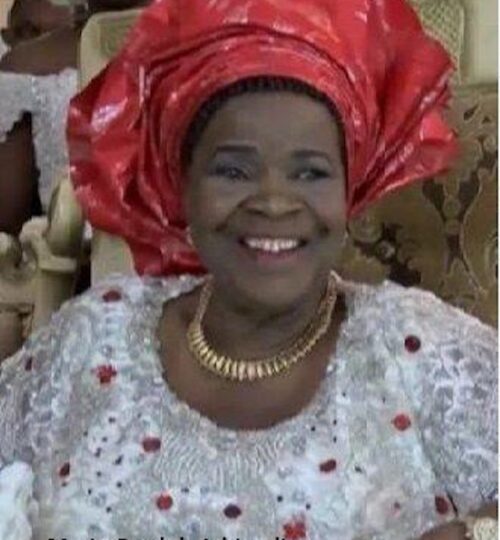 Obaseki, said this in a statement he personally signed on Saturday to commiserate with former governor Igbinedion.

The Edo State Governor noted that Mrs. Maria Oredola Igbinedion would be remembered for her wise counsel, charming character and love for God.

He said, “I am saddened by the sad news of the passing of your dearly beloved mother, Mrs. Maria Oredola Igbinedion. Mama was loving and compassionate, giving herself freely to causes she cared deeply about and worked assiduously to make society better for all.

“She was a great mother, a loving wife and a conscientious community leader. Her kindness and warmth shone through her charitable endeavours and commitment to uplifting members of her immediate community. Mama would be remembered for her wise counsel, charming character and love for God.

“On behalf of the Government and people of Edo State, I extend heartfelt condolences to His Excellency, Dr. Lucky Igbinedion, the Igbinedion family, friends and associates over Mama’s passing and pray that God will grant all the fortitude to bear this irreparable loss,” he added.

Madam Maria Oredola Igbinedion was allegedly strangled last Thursday by her house maid who was said to have also ransacked the house and made away with unspecified amount of money and jewelries.

According to an announcement by the family, she will be buried on Friday, 11 December after a funeral service at St. Augustine Catholic Church, by Water Resources Off Ugbor Road, in Benin.