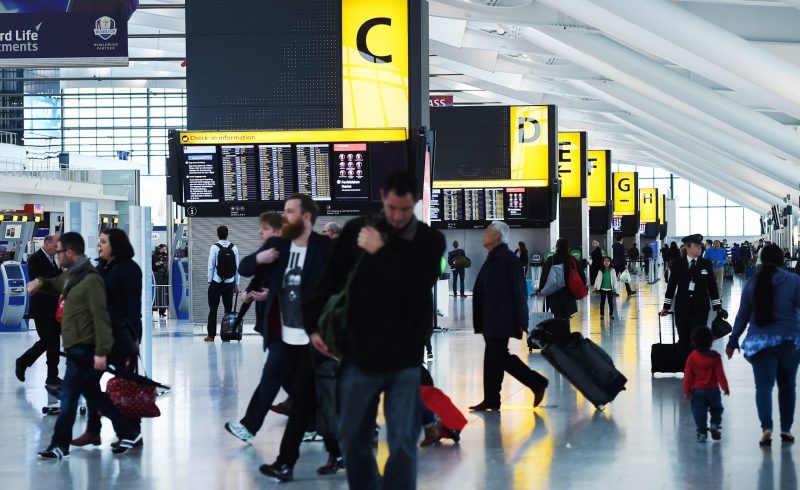 Britain announced Saturday that all arrivals from Nigeria will have to quarantine in hotels to slow the spread of the Omicron variant, according to health minister Sajid Javid.

Javid also announced that all inbound travellers must take a pre-departure COVID-19 test.

Nigeria will be added to Britain’s travel “red list” at 0400 GMT on Monday.

The health ministry said the vast majority of cases in Britain have clear links to overseas travel from Nigeria and South Africa.

Javid said that Nigeria is second only to South Africa in terms of linked cases to Omicron.

“Over the recent days we have learnt of a significant number of growing cases linked to travel with Nigeria.

“There are 27 cases already in England and that’s growing and Nigeria now is second only to South Africa in terms of linked cases to Omicron.”

South Africa and nine other Southern African countries were added to the red list last weekend, meaning that entry is only allowed to UK citizens or residents who then must quarantine in a hotel.

Prime Minister Boris Johnson has said that travel restrictions are necessary to slow the spread of Omicron while scientists work to understand more about the transmissibility and implications for vaccine effectiveness of the variant.

The UK Health Security Agency (UKHSA) said that the total number of confirmed Omicron cases had risen to 160.

“We’ve kept the data under review over the last week or so since we learned about Omicron, and we’re seeing increasing number of cases linked to travel,” Javid said in a broadcast clip.

“We’ve always said we will act swiftly if we need to… and that’s why we decided to bring in this change on pre-departure tests.”

The pre-departure testing requirement will mean that, from 0400 GMT on Tuesday, all inbound travellers must take a either a PCR or a rapid lateral flow test a maximum of 48 hours before departure.

The health ministry said that the measure was justified as UKHSA analysis indicated the window between infection and infectiousness may be shorter for the Omicron variant.

But British Airways said it was a “devastating blow” for the industry, while pilot union BALPA said the government was destroying confidence in air travel.

The measures will be reviewed on Dec. 20.