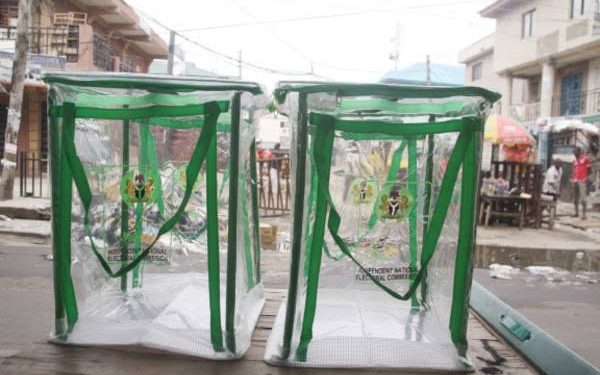 No semblance of council election in Oye Ekiti

There were no restrictions on vehicular movement as council elections began in Oye-Ekiti Local Government Area of Ekiti State on Saturday.

The people of the council appeared indifferent as fuel stations, retail shops and food vendors were all open for business.

A handful of Nigeria Security and Civil Defence Corps and the Nigerian Police operatives were deployed to strategic locations in the area.

Similarly, men and women of the Federal Road Safety Corps (FRSC) are working to ensure safety on the roads.

Commercial vehicles operators are also seen touting passengers to transport to other parts of the state.

Security officers were not in any of the polling units visited in Oye-Ekiti and near-by IKole-Ekiti local government areas at the time of this report.

Elections are holding into the 16 local government councils of Ekiti State.