60 percent of Nigeria's forest gone, the rest under threat 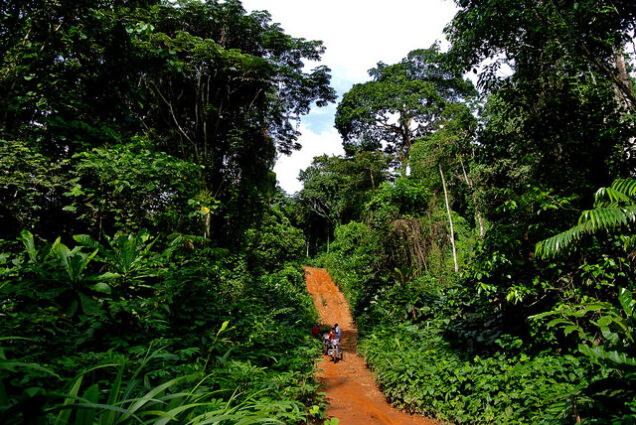 A forest in Nigeria

Sixty per cent of the country’s valuable forest estate has been lost to degradation and most of those left, are currently under threat, the Conservator-General, National Park Service, Dr Ibrahim Goni has said

Goni disclosed this in a statement by Emmanuel Ntuyang, the Service Public Relations Officer, in Abuja on Saturday.

The conservator-general, who spoke when he paid a courtesy visit to Sen. Ita Enang, Senior Special Assistant to the President on Niger Delta Affairs in Abuja, reiterated the commitment of the Service to reverse the trend.

He informed the senator of the 10 new National Parks recently approved by President Muhammadu Buhari, remarking that two of the new Parks are located in the Niger Delta region.

“The region is important to the Service because of its rich ecosystem diversity and rainforests, wetlands, mangroves, montane and derived savannah ecosystems, which are of high conservation value but are now threatened’’.

He regretted that the South-East is only the geo-political zone in the country without a National Park.

Goni stressed that the Park Service looks forward to strategic partnerships in protecting the country’s critical natural environment in all the geo-political zones of the country.

Enang called for the establishment of more National Parks in the Niger Delta to further the development of the region.

He said that establishing more National Parks in the region would not only enrich the bio-diversity of the area but also have far-reaching implications on the security situation of the area, in view of the country’s current security challenges.

He specifically proposed the establishment of a National Park around Itu-Ini, Ikono and Eastern Obolo areas of Akwa-Ibom State and the adjoining forest of Arochukwu-Ohafia area in Abia State.

“This is to ensure that the forest belt which is under serious threat, is protected.

Enang, who promised to liaise with the government of Akwa-Ibom State, noted that the proposed parks would help the people to enjoy the benefits of sustainable conservation.

He also promised to liaise with the governments of Ebonyi, Abia, Imo and Enugu States to facilitate the establishment of National Parks in the zone.