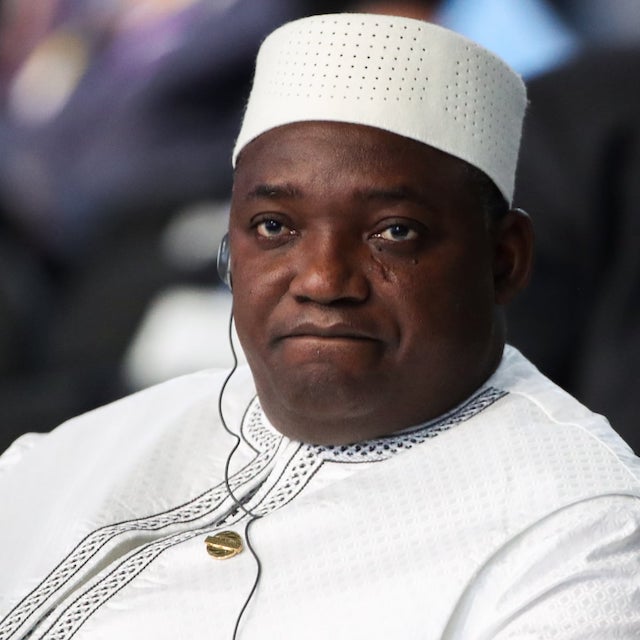 Gambian President Adama Barrow had a narrow early lead after Saturday’s presidential election, according to provisional results from the first few constituencies to be verified by the electoral commission.

In a test of stability and democratic progress, the small West African country on Saturday held its first election since former President Yahya Jammeh was voted out of office in 2016, ending 22 years of autocratic rule.

Barrow, a 56-year-old former security guard and property developer, ran against five rivals, including his former political mentor, Ousainou Darboe, 73, who was seen as the main challenger.

Preliminary results from four of the 53 constituencies showed Barrow in the lead with 14,599 votes vs. Darboe’s 6,188, the election commission’s chairman, Alieu Momarr Njai, said on state television in the early hours of Sunday.

Under the simple majority system, provisional results are expected to be announced later on Sunday with numbers from individual constituencies released in the interim.

Gambia uses a unique voting system – marbles dropped into each candidate’s ballot drum – to avoid spoiled ballots in a nation with a high illiteracy rate.

Jammeh, who was defeated by an opposition coalition that backed current President Barrow, fled to Equatorial Guinea in 2017 after refusing to accept defeat.

Earlier on Saturday, Barrow cast his vote in Banjul and said he was confident of victory.

“I’m happy to see a large turnout from Gambian voters,” he said, accompanied by his two wives.

Nearly 1 million people from a population of 2.5 million are registered to vote in Gambia, mainland Africa’s smallest country.

“I want to see a better Gambia, a far better Gambia than the previous years,” said civil servant Bubacarr Kanteh, 39, outside a polling station.

Other candidates include Essa Mbye Faal, who served as chief counsel of Gambia’s Truth, Reconciliation and Reparations Commission that chronicled the abuses of Jammeh’s rule, and Mama Kandeh, who came third in 2016 and is backed by Jammeh.