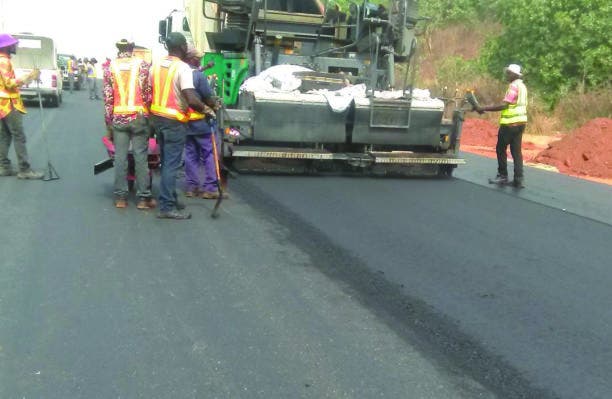 The Federal Controller of Works in Lagos State, Mr. Olukayode Popoola, on Sunday said that massive rehabilitation of roads had begun in the state, ahead of the Yuletide.

This, according to him, is a move that was in tune with the directive of the Federal Government.

Popoola said that the ongoing rehabilitation would involve all major roads to ensure a smooth ride during the festive season.

“We know there is going to be a lot of movement, especially for the Christmas and New Year, so the honourable minister has directed that palliative work be carried out on all the major roads where you have potholes and failed sections.

“Palliative work has started and is ongoing, especially where we have contractors on the ground.

“Lagos-Ota-Abeokuta is part of it, palliative work is being carried out by Messrs Julius Berger Nigeria Ltd, Ikorodu-Sagamu, Arab Contractors are working there even Lagos-Badagry Expressway where CGC is doing palliative work.

“So we are working on almost all the roads. All the critical sections on all the roads in Lagos State will be attended to,’’ he said.

Speaking on the ongoing Lagos-Ota-Abeokuta Expressway rehabilitation and reconstruction project, he said the Lagos section of the construction was about 30 percent completed.

Popoola said that the SUKUK funding of the project was still on and major progress would be seen in 2022 “because more funding from SUKUK is expected soon’’.

He said work was still ongoing on major bridges in the state, pointing out that work under the Third Mainland Bridge was progressing fast.

Meanwhile, he added that the ongoing rehabilitation of Eko Bridge was about 65 percent completed.

Also, that several expansion joints had been changed and the ones around Apongbon Bridge were the next about to be changed.