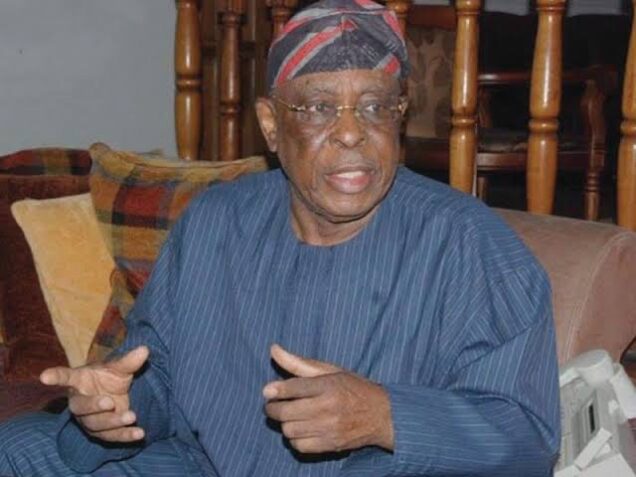 Osoba said this in London when he hosted a delegation of senators across political party lines and geopolitical zones.

The chieftain of the All Progressives Congress (APC) backed the direct primary method of selecting candidates of all political parties as contained in the newly passed law.

Osoba said Buhari would sign the law because he (Buhari) was a product of direct primary.

Osoba said, “I have a feeling he (Buhari), will sign it. The president himself is a product of direct primary. He submitted himself to direct primary in 2019 throughout the country and heaven did not fall.

“Quote me, I had cause to tell him at our national caucus during Edo election issue that ‘Mr President, if you can subject yourself to direct primary and national convention, I do not see why anybody should be afraid of direct primary.’

“I said this to him and we must be honest when we are talking to our leaders. That is why I believe that the President being a product of direct primary will sign the law for direct primary.”

Senator Solomon Adeola Chairman of the Senate Committee on Finance said members of the Senate were in London and decided to pay Osoba, a get well quick visit.

The Senator said Osoba’s wealth of experience was needed as Nigeria forge ahead in difficult times.

Senator Kashim Shetimma who spoke on behalf of other senators stated that they came as Nigerians devoid of any political party or regional colouration to wish Osoba well as an elder statesman at 82.