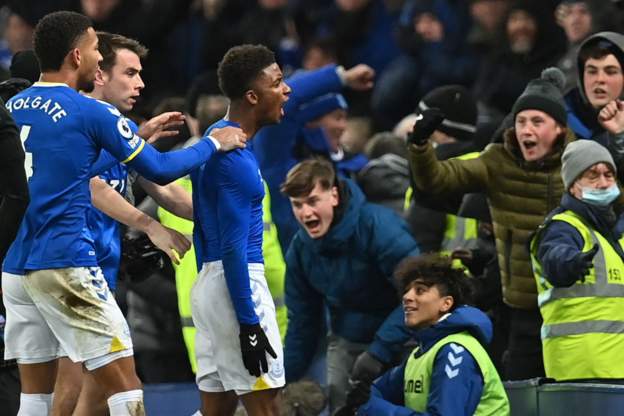 Demarai Gray scored a stunning goal on injury time to give Everton a deserved 2-1 victory against Arsenal in a much anticipated match at the Goodinson Park.

Everton faced with poor runs in the league so far needed to win to save the job manager Rafael Benitez.

The homers needed to create something spectacular to ensure victory against a rejuvenated Arsenal.

The visitor took the lead on first half added time as Martin Odegaard unleashed a first-time shot from inside the box that beat the goalkeeper into the bottom left corner.

Richarlison drew Everton level as he got to a rebound inside the six-yard box and produced a header. He managed to put the ball inside the left post.

Demarai Gray scored a sensational goal on added time to give Everton the much needed victory.

He got a chance to test the goalkeeper from the edge of the box and fired a shot which bounced in off the post to make it 2-1 for the homers.

Earlier, Everton had two goals ruled off after VAR’s check, but the victory has overshadowed that and the thousands of fans at the Goodison Park have much to celebrate.