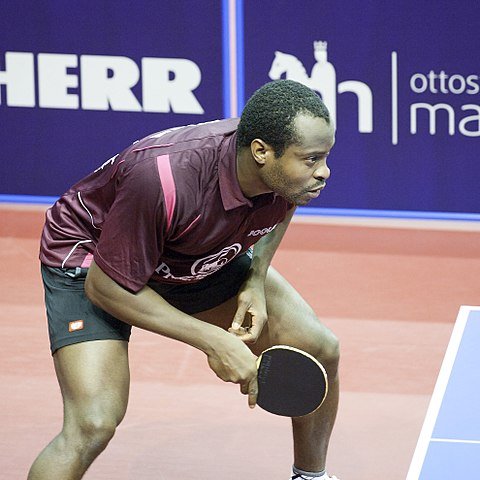 Quadri is the first African player to get to the quarter-finals at the ongoing championship, rising to become the world number 13th player.

He ascribed his performance to hard work and dedication.

“I kept fighting and I did not give up. I tried my best and it worked out for me in the end. I think my positive mindset also contributed to my performance.

“I am very happy and excited, I think I’m just so lucky in this match, everyone is so tired from the championships in Houston.

“I could see he was tired also, so I kept my cool, and it actually worked for me.

“I put several balls to the table and he made a lot of errors,” he said.

He, however, drew motivation from the support he got from Nigerian fans and others from around the world.

“This win is for all my fans and everyone back home in Nigeria and Africa.

“I always believed that If I was selected to be here that meant I had what was needed to play.

“I was not under any kind of pressure, I just wanted to play my game and be myself,” he said.

The Nigerian will face Brazil’s Hugo Calderano in the quarterfinal after the Brazilian defeated China’s Lin Gaoyuan 3-0 in the round of 16.