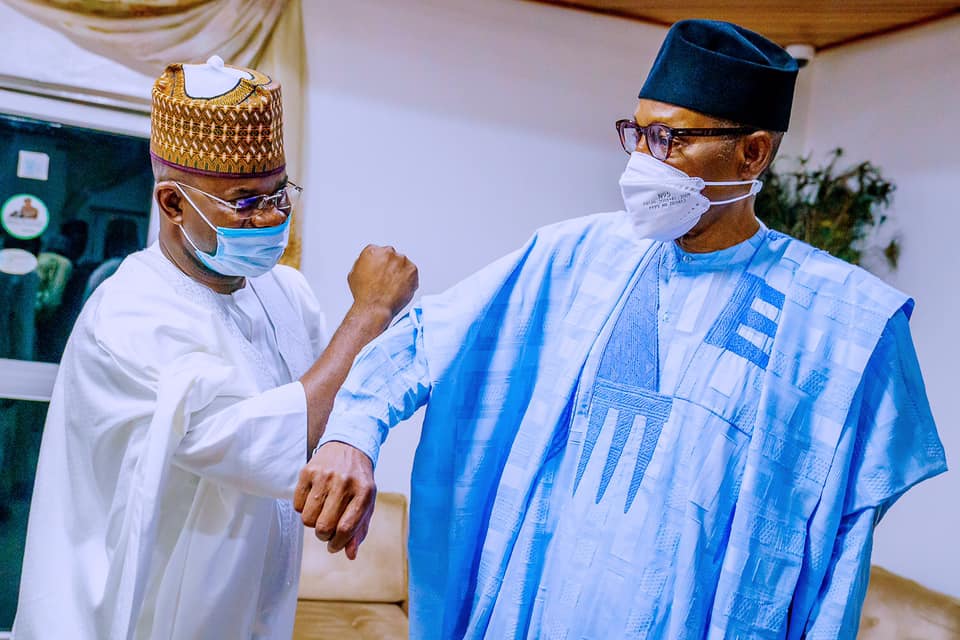 The Governor of Kogi State, Yahaya Bello has accused some in -house saboteurs he did not name for failure of President Muhammadu Buhari to live up to expectations of Nigerians.

Bello spoke when he received political, traditional, religious leaders and other stakeholders from Kebbi and Sokoto States at the Kogi State Governor’s lodge in Abuja.

However, Bello who is eyeing the presidency in 2023, said he would fix the country if he is elected.

He maintained that the president found himself in a very difficult situation when he took over the government in 2015 up till this moment.

“The President inherited a sinking ship but has to prevent it from sinking. Probably, any other person wouldn’t have been able to do better than what he is doing in the circumstance he found himself. We might be thinking that is he not the same Buhari of 1983? He is the same person but the situation then is different now,” he said.

“The president did not just inherit those troubles. The president is leading from a very difficult angle. People who were supposed to support him are the ones that are pulling him down by their actions, utterances, inaction and by their silence

“This is the situation the president found himself in from 2015 to date. And let anybody challenge me with what I said and I will prove it with veritable figures and facts.”

He recalled it was during the President’s tenure as Head of State and Chairman of the Petroleum Trust Fund (PTF) that three or four refineries were built in the country which he said were operating in 100 per cent capacity.

The Governor said he fought against a similar situation in Kogi, adding that “this is why we are having the successes today. We will fix this country.”