BMO defends Nigeria as most attractive investment destination in Africa 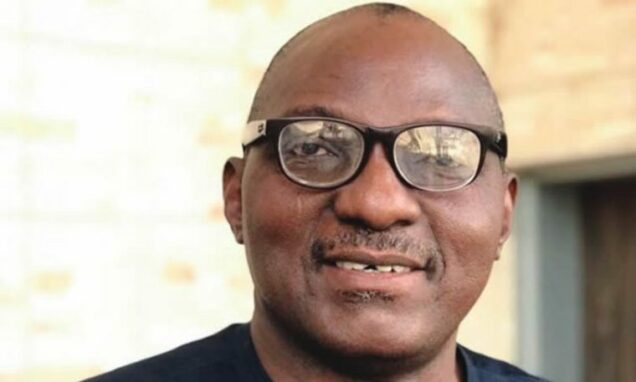 President Muhammadu Buhari’s description of Nigeria as Africa’s most viable and attractive investment destination is incontrovertible.

According to the Buhari Media Organisation (BMO) in a statement on Monday in Abuja, the President’s assertion is based strictly on verifiable facts.

In the statement signed by its Chairman Niyi Akinsiju and Secretary Cassidy Madueke, BMO said that apart from available facts and figures, there are also the factors of the country’s endowment, as well as, the conscious efforts by the Buhari administration to improve on the country’s investment climate.

The statement reads, “President Buhari’s address at the trade and investment forum at Dubai Expo 2020 in which he argued that the country is the most viable and attractive investment destination is not different from what he had said at three other stopover events in recent weeks.

“His sales pitch to potential foreign investors in the United Arab Emirates (UAE), and previously in France and Saudi Arabia have centred around outlining how the business environment in the country is changing as a result of efforts to make it better.

“For the avoidance of doubt, the President said in his sales pitch that, ‘our location, our natural resources, our population, and our regulations are there for all to see.’ He also provided some insight into policies, projects and programmes his administration introduced to support private sector investors.

“This is not different from what he said about two weeks ago at a similar investment forum in Durban, South Africa, where he also argued that the country is putting in place fiscal, monetary and trade policies to support investments and investors in Agriculture, Mining, Telecommunications and Digital Economy, Banking and Financial Services, Tourism, as well as Manufacturing.

“It is therefore not surprising that ABSA, one of Africa’s largest financial services group named Nigeria among the continent’s most attractive foreign direct investment destinations in its recent Africa Financial Markets Index 2021 (AAFMI)”.

BMO, however, said it was shocking that at the time Buhari was pitching the country as the most attractive place to invest, some people went to town with a questionable ranking of FDI in Africa.

“We noticed how some unpatriotic Nigerians gleefully shared the questionable data on FDI in Africa from a small, unknown investment bank in South Africa, same time that the President was providing verifiable information on Nigeria.

“But we want to point Nigerians in the direction of the 2021 AAFMI, posted on the website of one of Africa’s foremost financial service companies which clearly showed that the Buhari administration has not been sleeping on the wheel as far as opening up the economy to foreign investors is concerned.

“The research done in collaboration with the Official Monetary and Financial Institutions Forum (OMFIF) showed Nigeria in third place behind South Africa which retained the top spot for the third year running, and Mauritius

“And unlike what is being bandied around, the ABSA group outlined the parameters used, as well as country-by-country performance on a scale of 0-100: So this is how Nigeria fared- ‘market depth, 62; access to foreign exchange, 20; market transparency, tax and regulatory environment, 86; capacity of local investors, 44; macroeconomic opportunities, 69 and enforceability of standard master agreement, 100.

“We should add that Nigeria has consistently risen on the AAFMI since its inception in 2017 when it was ranked 6th, mainly because of the success of the Ease of doing Business regime and we also expect further improvement once the Petroleum Industry Act (PIA) goes into operation next year,” the statement added.

The group urged Nigerians to always ignore doomsday scenarios regularly painted on social media platforms by those who cannot separate politics from reality.

“But the AAFMI posted on the website of one of Africa’s foremost financial service companies has shown clearly that the Buhari administration has not been sleeping on the wheel as far as opening up the economy to foreign investors is concerned.

“The research done in collaboration with the Official Monetary and Financial Institutions Forum (OMFIF) indicates that South Africa still retained the first position for the third year running, followed by Mauritius with Nigeria in third place and Ghana in fourth place.

“To show the credibility of the report ABSA group outlined the parameters used, as well as country-by-country performance on a scale of 0-100: and this is how Nigeria fared- ‘market depth, 62; access to foreign exchange, 20; market transparency, tax and regulatory environment, 86; capacity of local investors, 44; macroeconomic opportunities, 69 and enforceability of standard master agreement, 100.

“So we acknowledge that Nigeria still has a lot to do to be Africa’s topmost foreign investors’ destination especially in the areas of access to foreign exchange and capacity of local investors, but what is not in doubt from the report is that Nigeria now has an attractive regulatory and market environment.

“It is also interesting to note that Nigeria has consistently risen on the AAFMI since its inception in 2017 when she was ranked 6th,” the statement said.

BMO added that the ABSA report also took a look at the debt stock of African countries and concluded that Nigeria has one of the best ratings.

“We find it interesting that at a time that many individuals and groups have had harsh words to say about the country’s debt situation, ABSA has a different perspective.

“The financial services group said in the report that Nigeria’s official borrowing is relatively low at 8.4% of GDP, compared to other countries on the continent and it was emphatic that the country is not at risk of debt distress.

“Countries considered as high risk are Cameroon, Ethiopia, Ghana, Kenya and Zambia; while those on the moderate risk threshold are Côte D’ Ivoire, Lesotho, Malawi, Rwanda, Senegal and Uganda.

“But generally, the report noted that Nigeria has ‘continued to make strides in creating an enabling investment environment for foreign investors, with the necessary regulatory developments and policy initiatives.

“So contrary to naysayers, the Buhari administration has been steadily and surely removing the bottlenecks that had been negatively impacting the country’s FDI drive,” the statement stressed.

The group reassured Nigerians that the government will not relent until the country becomes the ultimate destination for foreign investment in Africa.