Breaking: Mayhem in Lagos as truck crushes students to death 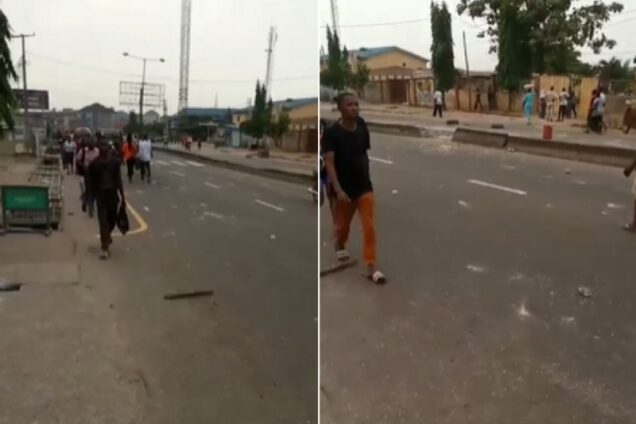 Deserted Ojodu-Berger Road after the mayhem

There is pandemonium at Ojodu-Berger area of Lagos, as a truck crushed some students crossing the road to death.

The incident occurred at Grammar School Bus Stop on Tuesday afternoon. The incident has reportedly led to a massive riot as students of Babs Fafunwa Millennium School and some hoodlums are said to be on rampage.

Unconfirmed reports said about 15 students were crushed to death by the truck.

People were seen running helter and skelter as sound of guns are heard in the area. Shops have shut down and the entire area is deserted.

There is massive police deployment in the area which has helped to restore calm.

Police used teargas to disperse protesting students and hoodlums in the area.

The entire Ojodu-Berger road is deserted as people feared for their safety.

“We are on top of the situation. Adequate policemen are on ground to maintain law and order. The situation is being professionally handled,” he said.