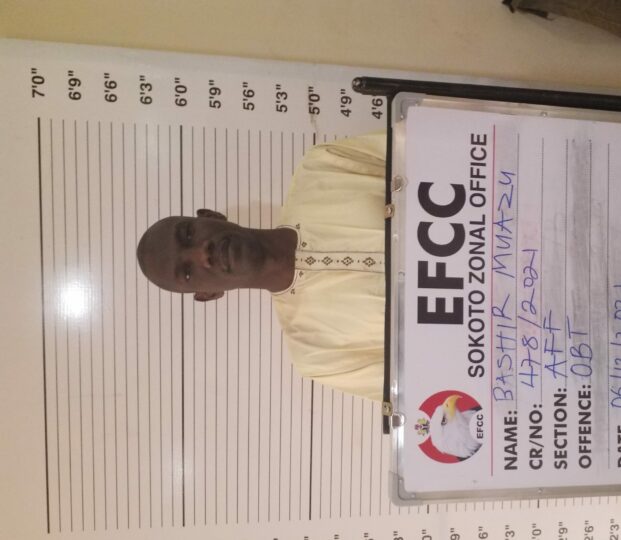 Justice Mohammad Saidu Sifawa of the Sokoto State High Court has convicted and sentenced a fraudster, Bashir Muazu, to 20 years in prison on two separate charges bordering on criminal breach of trust, cheating, and obtaining money by false pretence.

In the first charge, Muazu, a 46-year-old indigene of Sokoto State, was alleged to have fraudulently obtained the sum of N5,280,000 (Five Million Two Hundred and Eighty Thousand Naira) from one Dr Aliyu Ladan on the guise of supplying him 600 bags of fertilizer.

The second charge alleges that Muazu obtained the sum of N3, 900,000 (Three Million Nine Hundred Thousand Naira) by false pretence from the duo of Ayuba Koro and Alfa Muhammad on the pretext of selling them a Tractor.

In both instances, the defendant falsely presented himself as a Director of the Sokoto State Ministry of Agriculture and owner of a Tractor Company.

Investigations revealed that Muazu lied in both instances, a deception that enabled him to swindle his victims

He pleaded guilty to both charges when they were read to him.

In view of his guilty plea, prosecution counsel S.H Sa’ad prayed the Court to convict the defendant and sentence him accordingly.

Justice Sifawa convicted and sentenced the defendant to 10 years imprisonment or a fine of N100, 000.00 in the first charge. He also ordered the convict to pay restitution of N5, 280,000.00 to the victim.

On the second charge, Justice Sifawa also convicted and sentenced the defendant to 10 years imprisonment with an option of N200, 000.00 fine. He was equally ordered to pay N3, 900,000.00 as restitution to the victim.