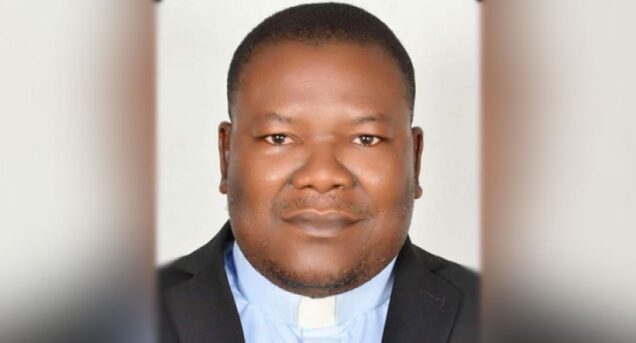 A Catholic Priest, Reverend Father Joseph Ajayi, has been abducted along the Akure-Ikere Road in Ondo State.

A family source, who confirmed the incident, disclosed that the incident occurred on Monday while the clergyman was traveling in his Toyota Corolla sedan car.

Channels Tv reports that Ajayi was said to be returning from Ikere – a city in neighbouring Ekiti State and traveling to Ilara-Mokin in Ifedore Local Government Area of Ondo State.

He was on his way to Ilara-Mokin – located very close to Akure, the Ondo State capital where his parish is situated – before he was attacked and taken away by yet-to-be-identified persons to an undisclosed location.

The 49-year-old reverend father was said to be traveling alone. However, the police authorities in the state have yet to confirm the incident.

According to the source, the assailants have not contacted any member of the victim’s family and the vehicle has yet to be recovered.

It is not the first time a Catholic priest would be abducted. Recently a reverend father was kidnapped in Imo State but those responsible for the incident were arrested by security operatives.

The abducted clergyman who has since regained freedom is Reverend Father Fidelis Ekemgba who is in charge of St. Peter’s Catholic Parish, Umunohu Amakohia in Ihitte Uboma LGA of Imo State.

Among the 13 suspects arrested for the crime and abduction of 13 others was one Pastor Izuchukwu Anoloba of the Apostolic Church of Christ in Eziama Osuama, in Isiala Mbano LGA).

The Commissioner of Police in Imo, Rabiu Huissani, paraded the suspects alongside 16 others arrested for various crimes at the Police Command headquarters in Owerri on Thursday last week. (Channels TV)