I'm into beauty pageant to fulfill my longtime dream: Orji 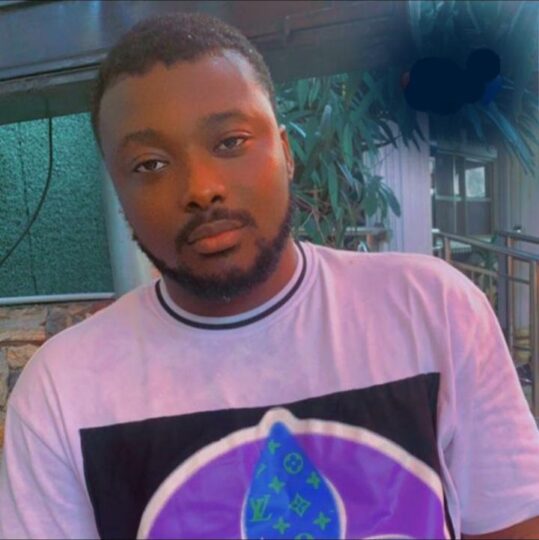 As the date for his maiden edition of the Miss Ambrose Alli University beauty by Arami pageant draws nearer, the brain behind the project spoke to our reporter on what motivated the idea of venturing into organizing pageant.

In this interview with Harrison Iyoha, Harrison Ben Orjiakor said his only goal is to give aspiring constants the platform to showcase themselves and help them discover and showcase their talents.

See excerpts from the interview below.

What’s your name and what do you do for a living?

My name is Harrison Ben Orjiakor. I am an event director and an entrepreneur from Anambra State.

What inspired the beauty pageant you intend to hold at Ambrose Alli University next year?

Arami is our brand and it is not just into beauty pageant shows but into talent promotion and management.

We have the Arami Queen of Queens Beauty Pageant which is under Arami Empire and it’s the branch of Arami Empire that coordinates the pageant shows.

After the event, the top ten will be signed by the brand and whatever their talent is, we’ll illuminate it for the world to see and enjoy their talents.

The talents could be music, poetry, acting, athletic, dancing, art etc., whatever it is, whatever industry, we’ll put maximum effort to promote them.

This will give them a solid foundation to kickstart their life immediately after graduating from their schools and shoot for the stars.

Their contributions to society will create employments and ease the suffering of those they come across in life, it’s all about lifting others.

The Institutions of learning have been ignored by reputable brands involved in pageant shows, this created a vacuum for frauds to organize fake pageant shows, sexually harass the contestants and extort them.

This has not helped the pageant industry and many people are losing faith and trust in the industry because of this.

We are going institution by institution to perfectly organize pageant shows and show the young generation (the students) what a real pageant event is about and what they can genuinely benefit from real events like this.

Is this the maiden edition?

Would it be an annual pageant or this is just a one-off thing?

As I mentioned, it’s for every tertiary institution, university and polytechnic. We will organize it annually in every institution.

This is Ambrose Alli University’s Season 1. There will be a Season 2 and 3.

What’s in it for you? Like, are you embarking on this project for the money or it’s just a passion?

I once participated in a male pageant event while in school as a contestant.

I fell in love with it and I’ve aimed to fully participate in it.

I haven’t had the opportunity of participating as a contestant for a long time because of life demands, but that gave me a clearer view.

I can contribute to the life of many if I organize the events in the best way possible.

How do you intend to raise funds for the logistics?

So far, I’ve been spending from my pockets. We still need sponsors but in absence of that, we’ll keep moving forward and making our presence felt by the people and communities we impact positively.

Besides the crown for the winner, what other things would the winner be taking home?

For this event holding in Ekpoma, particularly Ambrose Alli University, the grand prize for the winner is a Lexus SUV.

Any plans to partner with known brands on the pageant?

Yes. We are working on that. We won’t reject anyone who also approaches us first.

Pageants have come & gone, how do you intend to sustain yours over the years?

A good name is better than riches. Reputation before profit. With a good reputation, people will keep believing in our standards.

Our style of operation will be catchy, glamorous and unique that’ll draw the attention of many people.

That aside, we will bring back the attention of the young generation to beauty pageant events just like it was in the 2000s.

This is one of the reasons we are going to the grassroots, the schools.

Using the mainstream and social media and with good promotion and visibility to the ordinary people, QUEEN Of Queens Beauty Pageant will be the new face of beauty pageant in Nigeria.

The pageant industry in Nigeria needs to be rebranded and needs a new face.

How credible would this pageant be? Because from experience, pageant organizers have been accused of manipulation and selling the crown. How do you intend to make yours stand out and devoid of such irregularities?

Profit is not our first aim. Longevity is. To gain longevity, there must be a certain level of trust from the community and to earn that trust, you must have and maintain a good name by all standards.

He who puts profit first will always get tempted by monetary benefits even at the detriment of the brand.

Just like I mentioned earlier, the grassroots have been abandoned by legit pageant organizers and it created a vacuum for frauds to go into it and exploit unsuspecting victims.

These frauds don’t care about brand name or reputation, they aren’t in it for the long run. They harass, manipulate and sell the crown to the highest bidder and to make it worse, the crowning is the highest the winner can benefit.

They can’t benefit anything else after the event. This makes people lose trust and faith in the industry.

We are going to the grassroots to change the narrative, it’s a lot of work but we do it because we love the work we do and can foresee that it’ll make the future of the pageant industry better.

Our work and good name will give us the profit we deserve.