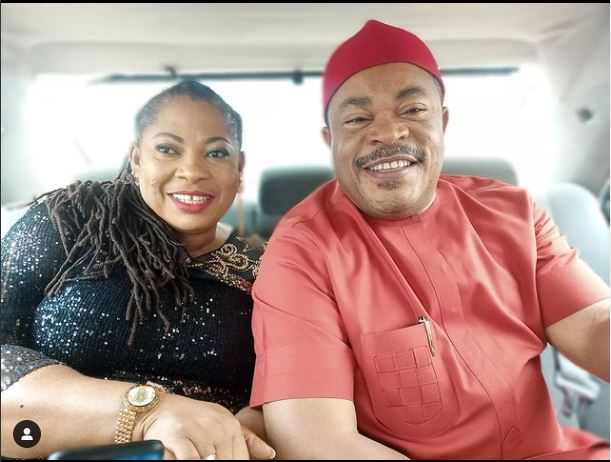 The TV star in a post on his Instagram page while gushing over his relationship with his wife said it has been 31 years of bliss as there has never been any form of verbal abuse between them.

Although the duo officially got married in 2002, the actor recounted that they have been together for 31 years.

Sharing a picture of them, he wrote: “From Friends To Lovers, Courtship To Marriage, Its Been 31years Of No Shut Up or Getaway. My Sister, My Friend and More Than Y’ Can Describe As A Wife. Mother Of D “OCHIBUNDU” Empire. Is Our Wedding Anniversary Brethren. To God Be D Glory. #mannamumu #onukwube #thingscannotbethesamelinda”

Osuagwu officially became recognized as a Nigerian actor in 1997.

He first featured in the Nigerian movie industry with the second part of a movie titled ‘Evil Passion 2’ whilst an undergraduate in the university.

Osuagwu is a titled Nigerian chief and bears the title of Ochibundu 1 of Udo Ancient Kingdom in Ezinihitte Mbaise LGA of Imo State.