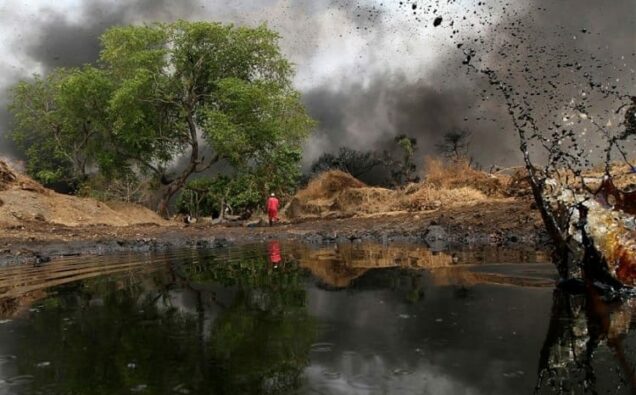 A wellhead leak in Nigeria’s Bayelsa state has spewed two million barrels of oil and gas equivalent into the Delta creeks, the senate said on Tuesday.

“Attempts to stop the continuous oil and gas spill by the operators had failed repeatedly for over one month running, wasting an estimated over 2 million barrels of hydrocarbon and gas,” a senate resolution stated.

This showed “a disappointing appearance of technical incompetence in handling the incident on the part of Aiteo,” the Senate said.

Aiteo said it had contracted Halliburton subsidiary Boots & Coots to stop the spill, while President Muhammadu Buhari last month pledged it would be speedily addressed.

The resolution, put forward by Bayelsa Senator Biobarakuma Degi-Eremienyo, expressed concern over the impact of the spill on the mangrove forests, aquatic life and air and water in the region.

Nigeria’s Delta creeks and mangrove swamps are among the most polluted areas on earth after decades of oil and gas exploration.

“I believe that this particular case should be made to be an example of what government and its agencies can do, not only to force the alleged culprit to remedy the environment but also to penalize the oil company for devastating the lives of the people of that area,” Lawan said.