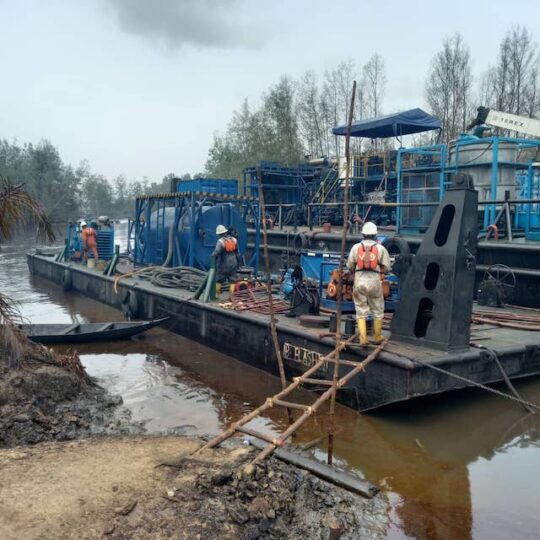 The leaking well at Oil Mining Lease (OML) 29, operated by Aiteo Eastern Exploration and Production Company in Nembe swamps in Bayelsa, has been sealed.

The leak, which was reported to regulatory agencies on Nov. 5, 2021, continued till foreign and local experts, deployed to cap the well, achieved a breakthrough on Wednesday.

Over two million barrels of crude reportedly leaked from the well.

Sources told NAN that a team of oil workers engaged in oil recovery for the past one month heaved a sigh of relief at the development.

It was gathered that the scores of oil spill response workers were ecstatic and sang songs of praise when the well stopped discharging oil and gas into the nearby Santa Barbara River.

According to the sources, no fewer than 8,000 barrels of crude and water sediments have been recovered so far.

Contacted on the development, Mr Mathew Ndianabasi, spokesperson for Aiteo Group, told NAN in a telephone interview that the leak had been plugged.

The oil firm enlisted the services of United States well-control firm, Boots and Coots, a Halliburton Company, to stop the oil and gas leak from the well.

President Muhamadu Buhari had on Nov. 25 dispatched the Minister of State for Petroleum, Chief Timipre Sylva, to visit the spill-impacted site to empathise with victims of the spill and ensure adequate response.

Also Gov. Douye Diri of Bayelsa visited the site, five days afterwards and criticised the operator of the leak for failure to bring the situation under control.

The operator had donated truck loads of relief materials which comprised food items, drinking water, and medical supplies on two occasions while the leak lasted.

It also mobilised other oil firms in oil recovery efforts to minimise the impact on the environment.