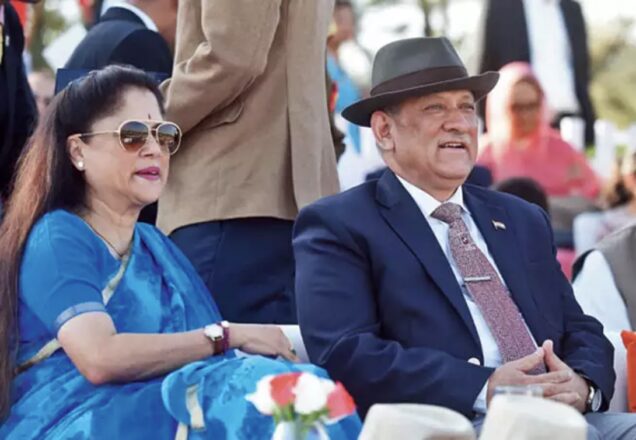 He, his wife and 11 others died in the crash, news agency PTI reported quoting Nilgiris Collector.

The Collector also said one male member survived the crash. He is being treated for severe burns.

His identity, however, is not known.

The IAF Mi-17V5 helicopter was airborne from the Air Force base in Sulur for Wellington.

“With deep regret, it has now been ascertained that General Bipin Rawat, Mrs Madhulika Rawat and 11 other persons on board have died in the unfortunate accident,” the Indian Force said in a tweet.

Earlier the air force had tweeted the accident.

“An IAF Mi-17V5 helicopter, with CDS Gen Bipin Rawat on board, met with an accident today near Coonoor, Tamil Nadu.

An Inquiry has been ordered to ascertain the cause of the accident,” the Indian Air Force said.

According to sources, Singh will brief Parliament on the incident tomorrow.

The crash took place in the Nilgiris, shortly after the Mi-series chopper took off from the army base in Sulur.

He was appointed the head of the newly created Department of Military Affairs in one of the most significant reorganization in Defence Ministry in decades.

He had served as the Chief of the Army for three years before taking over as the CDS.