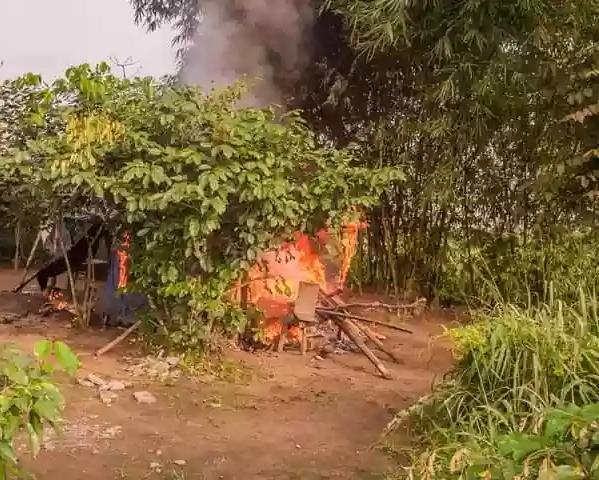 Detectives from the Rivers Police Command in company of the youths from Eleme and Alesa communities in Eleme Local Government Area of the state have raided hideouts of criminal in their areas during which two suspects were arrested.

The joint raid which led the combined team into bushes along trailer park in Onne Community was embarked upon following reports that suspected criminals are using the hideouts to launch attacks on individuals and corporate organizations in Eleme Local Government Area.

Eleme Youth Council Coordinator, Prince Nsao Okereke, said the action was in pursuant of the promise the Local Government Area Chairman, Chief Hon. Obarilomate Ollor, made to the people of Eleme that he will ensure a crime-free festive period.

Hon. Ollor also said the chairman has declared full clampdown on all criminal hideouts in Eleme, and has directed them to carry out such action from time to time.

Also speaking, a top ranking police officer of Rivers Command who insisted anonymity said the raid is a preventive move, and one that will serve as deterrent to other criminals.