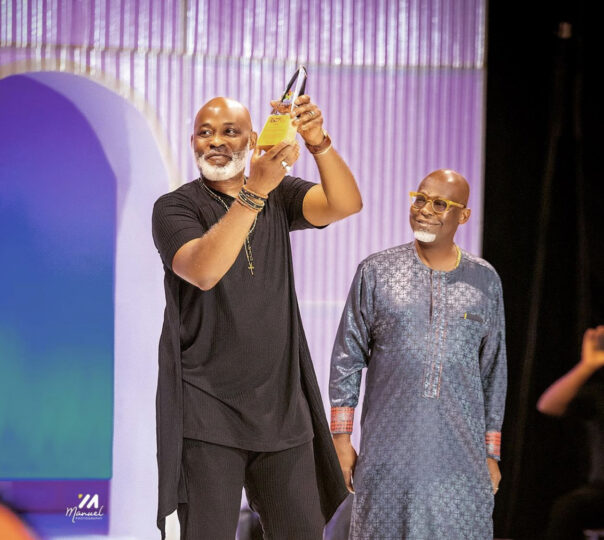 Nollywood veteran, Richard Mofe-Damijo has expressed his gratitude over an award from fans in Ghana.

The movie star was awarded a Black Star Honor at the just concluded Rhymes on Da Runway in the Gold coast.

Celebrating the win, RMD shared photos of himself at the ceremony with the caption “Thank You Ghana.”

In recent time, RMD has featured in major projects including the much anticipated Kemi Adetiba directed ‘King of Boys’ limited series, the second season of Ebonylfe Studios’ ‘Castle & Castle’.

The veteran actor also featured in AY’s ‘Christmas in Miami’ and some yet to be released titles shot this year.