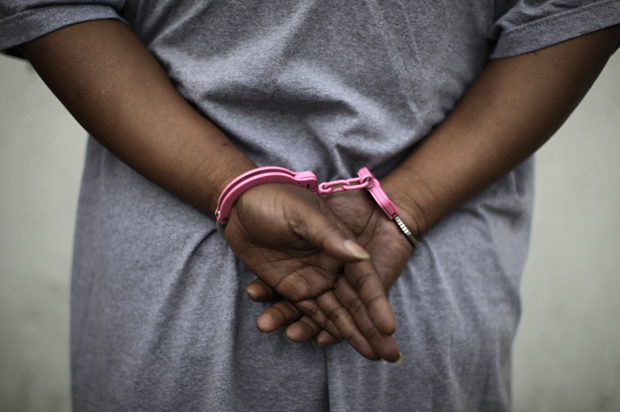 Just for illustration for Olamide Akinwalere

A 40-year-old woman, Akinwalere Olamide, was on Wednesday arraigned before a Magistrates’ Court in Ota, Ogun, for allegedly impersonating a police officer.

Olamide, whose address was not provided, is facing a charge of impersonation.

The Prosecutor, Insp. E.O. Adaraloye told the court that the defendant committed the offence on April 14, at about 9.30 p.m. at the Sango-Ota Police Station.

Adaraloye alleged that the defendant impersonated while reporting a case at the police station by claiming to be a sergeant serving at the Ogun State Police Headquarters in Abeokuta.

He said that the offence contravened sections 484 of the Criminal Code, Laws of Ogun, 2006.

The magistrate, Mrs A.O Adeyemi, admitted the defendant to bail in the sum of N20,000 with two sureties in like sum.

Adeyemi ordered that the sureties must reside within the court’s jurisdiction and be gainfully employed with evidence of tax payment to the Ogun Government.

The case was adjourned till Dec. 24, for judgement.