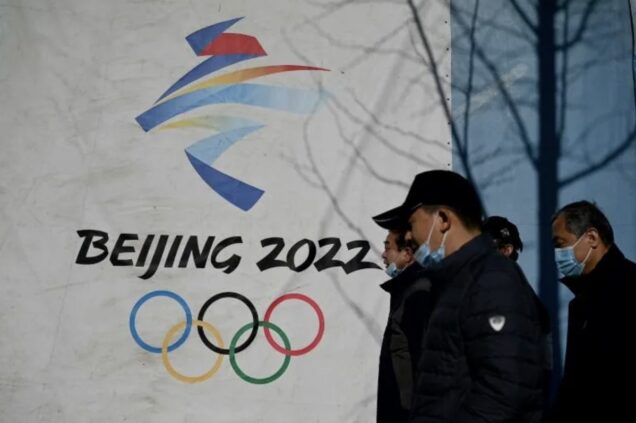 France has declined to follow the lead of some other Western governments and launch a diplomatic boycott of the Winter Olympics in Beijing.

The United States, Canada, Australia and Britain all said this week that their government officials will not attend the Games in order to send China a message over its human rights record. read more

“As for a diplomatic boycott…France will not do it,” Education Minister Jean-Michel Blanquer said on BFM TV.

“Sports is a world in itself, which must be protected from political interference.”

Sports Minister Roxana Maracineanu would attend the Beijing Olympics, he said. But he said it was right that violations of human rights in China be condemned.

Speaking at a joint news conference with his new German counterpart Annalena Baerbock in Paris, Le Drian said there was a need for a common European position on the issue of a diplomatic boycott of the Games in Beijing. read more

Baerbock also called for the EU to adopt a joint stance.

She cited the case of Chinese tennis player Peng Shuai, whose whereabouts have become a matter of international concern following her allegations of being sexually assaulted by a former vice-premier of China.

“When a woman raises such a reproach, it needs to be heard in an international context. We need to pursue the case and come to a common answer,” Baerbock said during her first trip abroad as foreign minister.

Paris is due to host the summer Olympic Games in 2024.