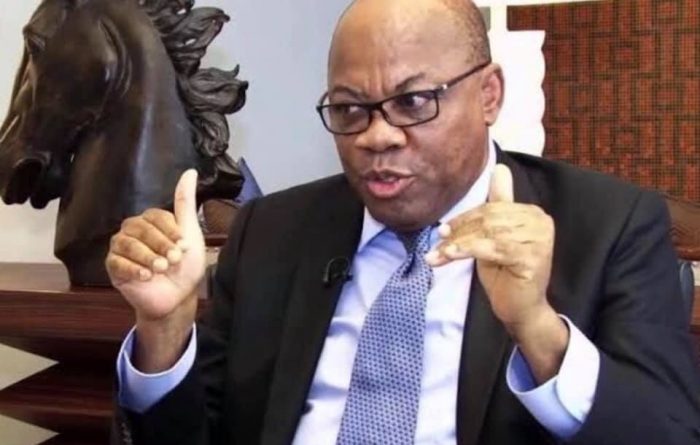 Dr Olisa Agbakoba, a senior advocate of Nigeria, has launched the Space Law and Arbitration Association (SLAA), with the aim of helping the National Space Research and Development Agency (NASRDA) protect the integrity of Nigerian space.

At the launch on Thursday, Agbakoba noted that majority of satellites in Nigerian space are operating illegally without licences.

“As a result, SLAA intends to work closely with the National Assembly, policymakers, and, in particular, NASRDA to help strengthen the legal, institutional, and regulatory framework that governs Space in Nigeria.

“It is also worth noting that Space policy should be part of Nigeria’s new National Development Plan 2021-2025. As Nigeria diversifies away from oil, Space has the potential to be a massive revenue earner.

“It is important to set a small narrative on the historical background of Nigeria space activity. When, in 1962, a 40-pound meteorite from Mars – named Zagami – landed in Nigeria, it was a significant space encounter for the nation.

“Interestingly, space activities did not formally start until 2001 when we launched a space policy and established the National Space Research and Development Agency (NASRDA).

“The Space policy was to make Nigeria build indigenous competence in developing, designing, and building appropriate hardware and software in space technology as an essential tool for its socio-economic development and enhancement of the quality of life of its people.

“The global space industry has evolved over the years. The first space race was by states – a 20th-century competition between two Cold War adversaries, the Soviet Union (USSR) and the United States of America (USA), to achieve superior spaceflight capability. It had its origins in the ballistic missile-based nuclear arms race between the two nations following World War I.

“It ended with American footprints on the Moon and the eventual collapse of the Soviet Union, unable to keep up the pace, both economically and technologically.

“The second space race is more complex and multifaceted than the first. It is driven mostly by commercialization and led by emerging economic powers like China, India, United Arab Emirates, and risk-taking private citizens like Elon Musk, Jeff Bezos, Richard Branson alongside other entrepreneurs and investors.

“The global entrants to this race are ushering in next-generation small satellite capabilities with enormous value to commercial and government customers, including organizations in energy, mining, manufacturing, transportation, finance, agriculture, and communications;

“Thousands of these satellites will be produced and launched in the next decade. The nations that win this race will gain the 21st-century military edge — much like the aviation leaders did in the 20th century — and take advantage of the space economy’s nearly $3 trillion expansion.

`’African countries who were completely absent at the space “race” initially, are beginning to stake their place by adopting and institutionalizing national and regional space programs. The African Union in 2017 established the African Space Agency (AfSA), headquartered in Cairo, Egypt. There is also talk of an International Space Centre currently registered in Virginia, USA, and seeking international status.

“As the Late Professor Steven Hawking once said, “the future of mankind is in Space”. The satellite industry is undergoing profound restructuring both on the front of launches and telecommunication services.

“We already have SpaceX, an American company founded by Elon Musk seeking necessary licenses to bring its internet service into Nigeria.

“It has become necessary for a coalition of Nigerian space lawyers to come together as clearly disputes are envisaged and new legislations are in order.

“The highly confidential, technical, and international nature of space-related disputes make arbitration an increasingly popular method of resolving them which is why the Space Law and Arbitration Association (SLAA) is being launched today by “The Space Law Practice Group” of Olisa Agbakoba Legal (OAL).

“Given all these, everyone, especially lawyers, is welcome to join the association by sending a mail to [email protected]”, Agbakoba said.