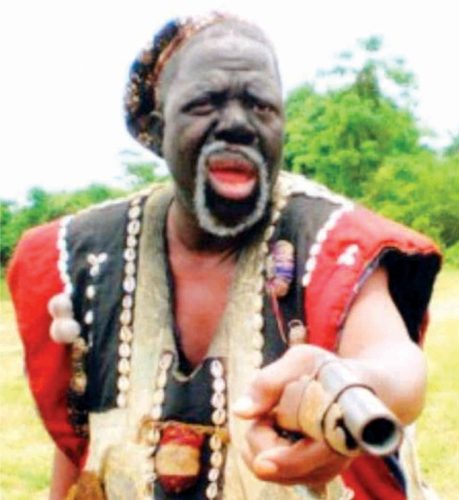 Veteran Yoruba actor, Ojo Arowosafe, popularly known as Fadeyi Oloro has appealed to the public to assist him financially following his health crisis.

The veteran screen star made the appeal in a recent interview shared by actor Adeniyi Johnson on his Instagram page on Wednesday.

Speaking in Yoruba, he said, “I am thankful to God I am still alive, assist me o, assist me.

“You people that haven’t helped me yet, please assist me, send to me in Jesus name, you will not live from hand to mouth in Jesus name.”

See the video below.

Fadeyi Oloro was born into the family of Mr. and Mrs. John Arowosafe on the 15th of September, 1957 in Ekiti State, Nigeria.

He had his primary education at St Paul Catholic School and his secondary school education at Timmy Agbale Grammar School, Ekiti State.

He rose to fame when he appeared in a popular television series called “Arelu”.

Fadeyi Oloro has since starred in a lot of popular television series including the famous ‘Yanponyanrin’.