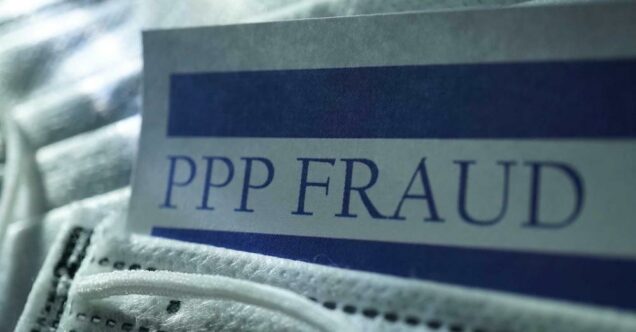 A Nigerian lady resident in Houston Texas, Lola Shalewa Barbara Kasali, will in February know how long she will spend in jail, for filing fraudulent applications seeking $4million in COVID-19 loan for hair extension business.

After two hours of deliberation, a federal jury on Wednesday convicted 24-year-old Kasali of two counts of making false statements to a financial institution and two counts of bank fraud in relation to Paycheck Protection Program loans.

The jury convicted Kasali for defrauding the Paycheck Protection Program (PPP) of over $1.9 million in loans guaranteed by the Small Business Administration (SBA) under the Coronavirus Aid, Relief, and Economic Security (CARES) Act.

She applied for the loan in June 2020 on behalf of two companies, Lola’s Level and Charm Hair Extensions.

She stated that one business’ payroll expenses averaged $775,000 per month and the other paid its workers more than $750,000 per month, records show.

She wrote on the applications that jointly the two businesses had 107 employees, according to court documents.

Through these loan applications, Kasali sought over $3.8 million in PPP loan funds.

She falsely represented the number of employees and payroll expenses in each of the PPP loan applications.

The Justice Department, along with its law enforcement partners, seized the funds that Kasali fraudulently obtained.

James Stafford, one of Kasali’s defense lawyers, said in an email to Houston Chronicle that her legal team respects the jury’s verdict but plans to appeal.

Stafford argued at trial that the prosecution didn’t prove Kasali was the person who filled out the applications, only that they were submitted in her name.

The defense contends someone used Kasali’s identity to file the paperwork, Stafford said.

Prosecutors presented evidence that there was no record of employees other than Kasali at these businesses.

Evidence in the case indicated Kasali submitted fraudulent tax records for Lola’s Level to back up her claims, but there is no record of the business submitting tax forms to the IRS.

She also submitted false documentation on her Charm Hair Extensions application, according to a court document.

Kasali’s sentencing is scheduled for Feb. 25. Each count carries a maximum prison sentence of up to 30 years, officials said.

A federal district court judge will determine any sentence after considering the U.S. Sentencing Guidelines and other statutory factors.