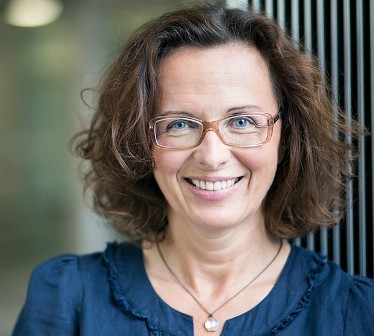 The Country Representative of United Nations Fund for Population Activities (UNFPA), Ulla Elisabeth Mueller, has disclosed that about 10,000 Nigerian women suffer from all forms of Gender-Based Violence (GBV) on a daily basis.

She disclosed this at the End Gender-Based Violence in Nigeria Summit, organised by the Nigeria Academy of Science and the Ford Foundation in Abuja, Nigeria’s Capital Territory.

According to Elisabeth Mueller, available statistics showed that one in three girls are exposed to gender-based violence, one in five girls are survivors of female genital mutilation, and by the age of 18.43% of girls are already married.

She, however, noted that incidents of gender-based violence are much higher but underreported, largely due to the culture of silence predominant among the people of the country.

“These are the official numbers. And what is the one thing we know without exception about gender-based violence? It is under reported.

“So we have official data that gives us very high numbers but we know that number is much much higher. In fact its been speculated that in Nigeria alone we have as much as 10,000 every single day.”

The UNFPA Country Representative noted that gender-based violence and harmful practices, such as forced child marriages and female genital mutilation continues to be a challenge, not only in Nigeria but in many countries of this world, largely due to culture and traditions held on to by the people.

According to her, “It is very often said that it is part of culture and tradition, and therefore it cannot change, but I’m wondering today how many of our culture is exactly as it was 50 years ago, or even 25 years ago. Culture and traditions are dynamic and they are made by human beings.”

She therefore called for an end to the culture of silence, saying “part of this under reporting is due to the silence culture we have about it. We don’t talk about it, its shameful for the survivor to stand up to say I was raped. How can that be shameful for a woman? The one who should be shamed is the perpetrator, it should never be the survivor.

“If we are serious about ending gender-based violence, globally and in Nigeria, we must end the silence, we must speak up for the girl and for the woman every single day.”

In her speech, wife of Edo State Governor, Mrs. Betsy Obaseki, called for close collaborations with key stakeholders, if the fight against gender-based violence in Nigeria will be effective.

She said it is critical to forge close relations and ties with certain critical players in the society if meaning change will be seen in this regard.

She however commended the support of the Executive and Legislative arms of the Edo State Government as well as the traditional institutions in the state for their support both in enacting the law and in the ongoing sensitization of the people about the Violence Against Persons Prohibition Law.

Mrs. Obaseki also celebrated the success achieved in Edo State, part of which is the approval of special courts and a dedicated prosecuting team for GBV cases by Governor Godwin Obaseki, in a bid to ensure timely dispensation of justice for victims of gender-based violence in the State.