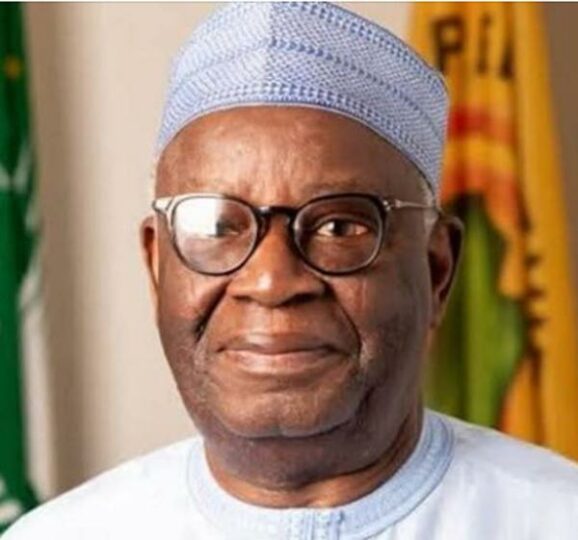 They were honoured at the 8th and 9th convocation ceremony of the institution.

The Vice-Chancellor, Prof. Mustapha Akanbi, said that the conferment of KWASU’s honorary doctorate degree should not be taken with levity.

“Conferring such degrees on individuals is an indication that we have admitted them into the annals of our history, as our alumni.

“As we admonish all our alumni, we expect them to bring honour to us and contribute to the growth and development of their Alma Mata.

“KWASU looks up to our distinguished alumni to make their impacts felt in the institution. We desire to look around our campus and find their names boldly inscribed on infrastructure that will outlive them.

“We aspire that they will use their immense social network and net worth to facilitate the advancement of their new Alma Mata,” the vice-chancellor said.

Gambari, the university’s pioneer chancellor, who was represented by Prof. S. O. Adeyemi, was conferred with Doctor of Letters.

Indimi, a business mogul, who is the Founder and Chairman of Oriental Energy Resources, was conferred with Honorary Doctorate in Technology, while both Adewumi and Yusuf bagged Doctor of Technology.

Earlier in his address, the Chancellor of the institution, said that research was the bedrock of development in any society, which was what KWASU was known for.

“At KWASU, we want to impact positively on the country, hence our focus on research.

“We, however, appeal to the state government to increase support to the university to enable us fulfill our mandate,” Adewumi said.

The Pro-Chancellor, Prof. Kpotun Baba, said that the institution’s graduates were better than their counterparts from other universities.

“What makes KWASU stands out is that we train our graduates to be entrepreneurs and not job seekers.

“We commend the state government for the support thus far and for non-interference in the internal decision making of the institution,” Baba said.

Visitor to the university, Gov. AbdulRahman AbdulRazaq, said that his administration was committed to improving education in the state and would not rest on its oars in achieving the fear.