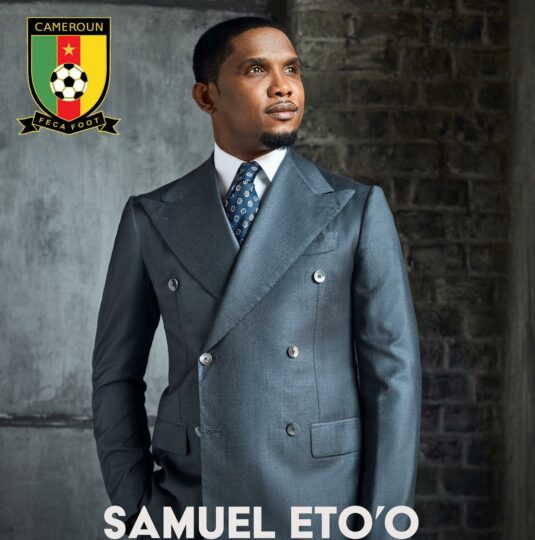 Former international Samuel Eto’o has been elected president of the Cameroon Football Federation.

The Cameroon Football Federation announced the development on Saturday.

The former Barcelona and Inter Milan star got 43 votes.

Speaking after his victory, Eto’o said: “I’ll be remembering today as one of the proudest moments of my life. I’m deeply grateful to be elected as the new president of Fecafoot.

“Every single vote represents the energy and ambition of our football family to take our beloved sport to a level we’ve never seen before. Let’s get to work.”

When filing his candidacy on November 17, Eto’o, a four-time African footballer of the year, said: “I will be the next president of the federation despite all the cheating.”

Eto’o said Njoya, who he supported in 2018, had “failed miserably”.

Cameroon will host the African Cup of Nations in January, a tournament delayed a year by the Covid-19 pandemic.