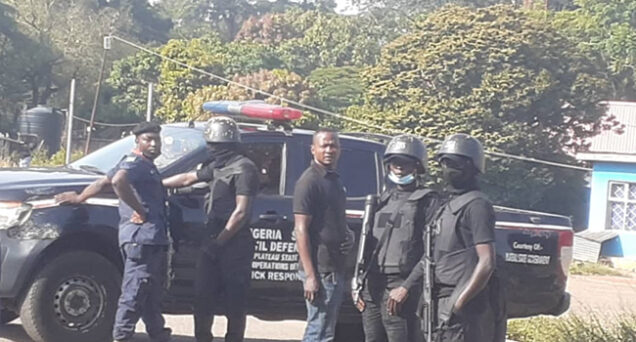 The Jigawa Police Command said it has recovered 44 live ammunition, three empty magazines, and a motorcycle abandoned by suspected criminals.

ASP Lawan Shiisu confirmed this in a statement in Dutse on Sunday.

Shiisu said the items were recovered on Dec. 9, at about 5:30 a.m., after yet-to-be-identified suspects pursued by a team of policemen and vigilantes abandoned them in a bush in Ringim Local Government Area of the state.

“On Dec. 9, at about 0427hrs, policemen from Jahun division, Ringim division, and members of vigilante group while on patrol, pursued unidentified suspected criminals riding on a motorcycle.

“When the said unidentified suspects noticed that all the roads were blocked by our men, they decided to divert into a bush, and policemen and vigilantes refused to relent in their efforts, therefore pursued them into the bush.

“Though the suspects escaped, however, at about 0530hrs, the joint patrol team took a decision to comb the forest again,’’ Shiisu said.

He explained that during the combing, 23 pieces of 5.56mm, 20 pieces of 0.9mm, and one 7. 62mm live ammunition abandoned by the suspects were recovered.

The PPRO added that three empty magazines of different rifles, a red Kasea motorcycle with registration number: QA 493 GRK, one iron pinch bar, and a head veil were also found.

According to him, efforts were on to arrest the fleeing suspects.