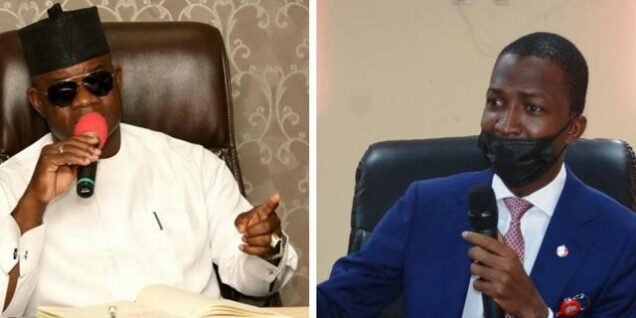 The Kogi State Government has finally launched a lawsuit against the Economic and Financial Crimes Commission over allegations that it fixed N19.3 billion bail-out funds received from the Federal Government.

The Kogi State Government, Accountant-General of the State, Momoh Jibrin; and Commissioner for Finance, Budget and Economic Planning, Mukadam Asiru, are claimants in the suit.

Meanwhile, the EFCC, Sterling Bank and Central Bank of Nigeria were listed as defendants.

According to a statement on Sunday, Justice J. J. Majebi of a Kogi State High Court had granted an interim injunction restraining the EFCC from issuing further publications over the issue involving Sterling Bank account number 0073572696 or any other account purportedly belonging to the state government.

The Kogi government is now demanding the sum of N35bn as damages against the first defendant for the defamatory publication, titled, ‘Hidden N19.3bn Kogi salary bail out funds returned to CBN’ made on November 19, 2021 on its (EFCC’s) Facebook page and other “false and unfounded allegations of N19.3bn being returned from Kogi State bailout account, which portrays fraud and misappropriation of public fund against the claimant.”

The plaintiff also asked the court to declare the publication by the EFCC as defamatory of the character of the Kogi State government.

The government asked he court to declare the publication as “misconceived, wrongful, illegal, null and void.”

The plaintiff also asked the court to declare the conduct of the second defendant (Sterling Bank) as wrong, illegal, null and void in opening a fixed deposit account number 0073572696 and naming it Kogi bailout account without an application, request, authority or consent of the government.

However, The motion on notice is scheduled to be heard on December 17.