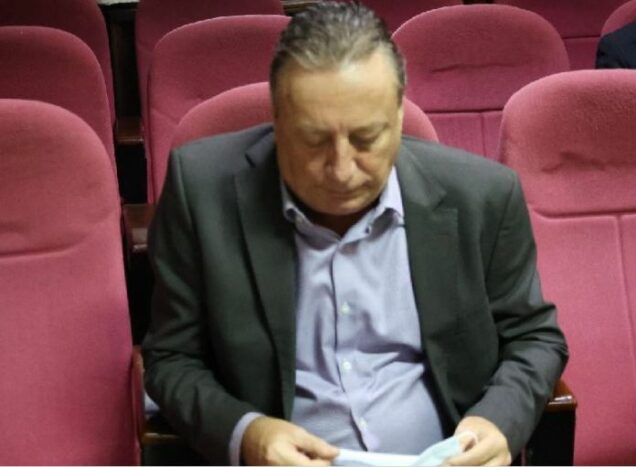 A Federal High Court (FHC), Abuja has fixed Feb. 14, 2022 for the commencement of trial of a British national, James Nolan, over allegations bordering on money laundering.

Justice Donatus Okorowo fixed the date in view of the valedictory court session held on Monday in honour of the former Chief Judge of FHC, Late Adamu Abdu-Kafarati.

Nolan was re-arraigned by the Economic and Financial Crimes Commission (EFCC) on amended 32-count charge on Oct. 18 before Justice Okorowo.

He was re-arraigned for his involvement in the controversial contract awarded to Process and Industrial Development Limited (P&ID).

The re-arraignment followed the transfer of the former trial judge, Justice Okon Abang, to the Warri division of the court early in the year.

Earlier, the judge hinted that most courts were not sitting because of the valedictory court session for the late Kafarati.

He said he was also expected to be at the event which would commence by 10am.

He, however, said that he was in court out of respect for parties listed in the day’s cause list.

When the matter was called, the EFCC lawyer, Ekele Iheanacho, told the court that the matter was scheduled for commencement of trial and that the first prosecution witness (PW1), a staff of a commercial bank, was in court.

Okorowo, who asked the witness to identify himself, directed parties to choose two convenient dates for the commencement of trial in view of the FHC programme.

The Briton, with his co-accused person, Adam Quinn (who is still at large), was first docked on Oct. 21, 2019, on a 16-count charge of money laundering.

The defendants are both directors of the two companies, which were allegedly used for money laundering.
Nolan is also said to be a signatory to P&ID accounts.

According to the contract, the government was required to supply wet gas of up to 400 million cubic feet daily.
The court initially granted the firm an arbitral award of 6.6 billion dollars.

But the figure rose to about $9 billion with an additional 2.3 billion dollars in accumulated interest at seven per cent rate, after Nigeria refused to enter an appeal for more than five years after the original ruling.

The Nigerian government had appealed the British court ruling and secured an order delaying the execution of the court judgment.

The government said the contract was fraudulent ab initio and that both parties (including the Nigerian officials who signed for Nigeria) signed it to defraud the Nigerian government.

The contract was said to have been signed by Nigeria’s former Petroleum Minister, Diezani Alison-Madueke, who has various corruption cases against her.

She is currently in London where she is being investigated for money laundering.

A former petroleum ministry official who signed the contract as a witness is also being prosecuted.