'Your lost son, George Akume, is coming back to PDP' - Ayu 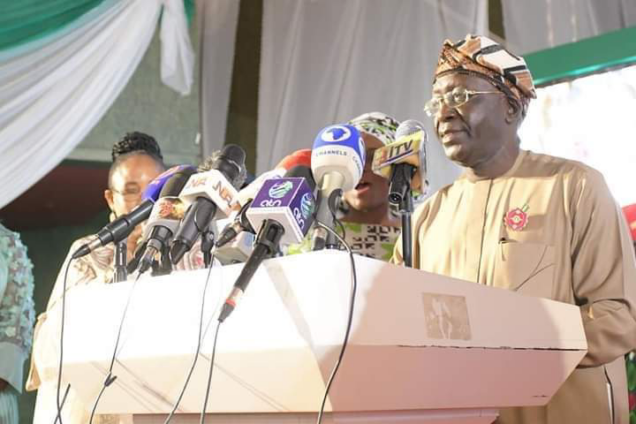 Sen. Iyorchia Ayu, the National Chairman of, Peoples Democratic Party (PDP), has predicted that the Minister of Special Duties and Intergovernmental Affairs, Sen. George Akume, would soon defect to the PDP.

Ayu stated this on Monday during the mega decamping ceremony of Dr John Dyegh, a member of the House of Representatives member.

“I earlier prophesied that Akume would hold a broom and he did. Now, I am prophesying that he will come back to the PDP.

“When he comes back, do not reject him but make sure you rehabilitate him because where he is now, he is not thinking straight. He was a lost son, a prodigal son. Only rehabilitate him and make sure he thinks properly,” Ayu said.

Ayu pointed out that Dyegh was a prodigal son who had seen the light and had returned home, urging the PDP to heartily receive him and accord him all the necessary support.

Meanwhile, Gov. Samuel Ortom stated that the APC had failed in all facets, hence the defection of Dyegh and all other defectors into the party.

Ortom assured the defectors that they would all be treated fairly.

Earlier, Dyegeh said that he took the decision to defect from the APC because the National Chairman is his uncle and the fact that Ortom has been constructing massive projects in the state.

Senators Gabriel Suswam, Abba Moro and Orker Jev, in their separate remarks, noted that the PDP is large enough to accommodate everyone.

The trio said that there was a need for all to be united to attract democracy dividends to the country and the state.