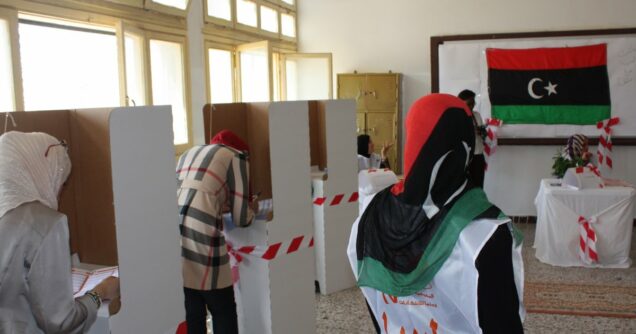 The United Nations has stressed its support for Libya’s general elections, expected later this month.

The new Special Advisor on Libya for the UN Secretary-General, Stephanie Williams, said the UN supports the efforts of Libyan election officials to hold general elections on Dec. 24.

Williams made her remarks during a meeting with Emad Al-Sayeh, chairman of the High National Elections Commission, in the capital Tripoli, according to the UN’s support mission in Libya late on Monday.

Williams arrived in Tripoli on Sunday and will lead mediation efforts and engagement with Libyan, regional and international actors to pursue the implementation of the three intra-Libyan dialogue tracks and support the holding of presidential and parliamentary elections.

More than 2.5 million Libyan voters have received their voter cards and are expecting to cast their votes to choose a president in the Dec. 24 elections.

The election is a part of a roadmap adopted by the UN-sponsored Libyan Political Dialogue Forum.

Williams said the number of voter cards “sends a strong message that the Libyan people yearn for change and democracy’’.

The Libyan parliamentary elections, originally scheduled to be held on the same day as the presidential poll, have been postponed to January 2022.