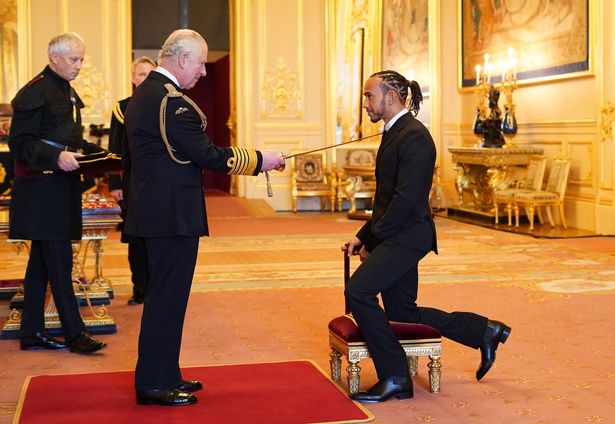 Lewis Hamilton, Formula One multiple record holder has been knighted at the Windsor Castle, days after he narrowly missed a record eighth world title.

Hamilton, who will now be addressed as Sir Lewis Hamilton, was officially knighted by Prince of Wales, Prince Charles).

The 36 year-old was honoured for his services to motorsports,

He becomes the fourth F1 heroes to be knighted.