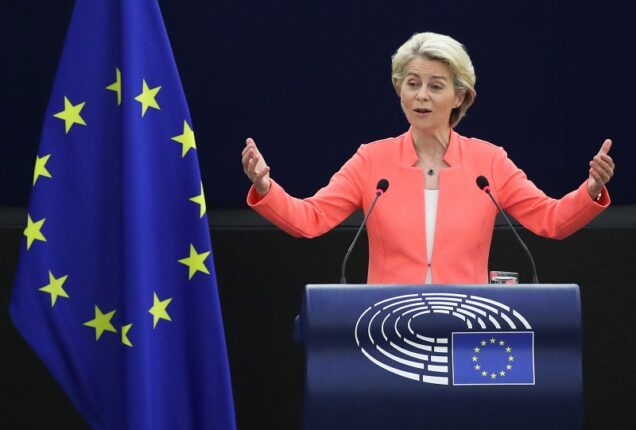 European Commission President Ursula von der Leyen on Wednesday said she expects Omicron to be the dominant Covid variant by mid-January, as countries across the EU tighten rules to prevent another wave of infections.

The head of the EU’s executive branch warned the 27-state bloc is facing a double challenge as it is seeing a soaring number of infections caused by the Delta variant as well as the spread of Omicron.

Von der Leyen said she was disappointed that festivities would again be disrupted this year.

She said the EU has the “strength” and “means” to overcome the pandemic as she pointed out that 66.6 per cent of Europeans are fully vaccinated.

The number of Omicron coronavirus infections is currently doubling every two to three days.

“Scientists expect that Omicron could establish itself as the dominant variant in most European countries in January,’’ von der Leyen told the European Parliament in Strasbourg.

“This development is most worrying.’’

“But 66 per cent of the European population – 300 million people – is now fully vaccinated, with 62 million people also given the booster shots shown to offer the best possible protection at present against Omicron,” she stressed.

Worldwide, the vaccination rate stood at 44 per cent, the senior EU official and former doctor said.