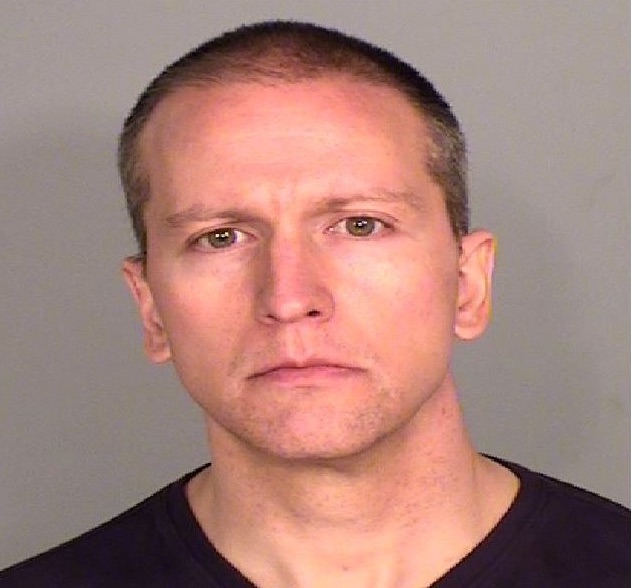 Former Minneapolis police officer Derek Chauvin made a U-Turn Wednesday in a federal court in Minnesota to charges he violated George Floyd’s civil rights during the Black man’s murder.

He pleaded guilty reversing his not-guilty plea in September.

Chauvin, 45, entered his guilty plea in the U.S. District Court.

Prosecutors asked the judge to sentence Chauvin to 25 years in prison, which would run concurrent to his state sentence, adding on about two years, The New York Times reported.

Chauvin has already been sentenced to 22-1/2 years in prison in state court for the 2020 murder of Floyd, on whose neck the then-policeman knelt for nearly nine minutes while a bystander captured it on her cellphone.

His April conviction in state court on charges of unintentional second-degree murder, third-degree murder and manslaughter was seen by many as a landmark rebuke of the disproportionate use of police force against Black Americans.

The video that showed Chauvin kneeling on the neck of the handcuffed Floyd for more than nine minutes during the arrest caused global outrage — and triggered one of the biggest protest movements in the United States in decades.

Chauvin and three other officers — Thomas Lane, J. Alexander Kueng and Tou Thao — were arresting Floyd on suspicion of using a fake $20 bill.

Lane, Kueng and Thao face charges in a state trial due to begin in March that they aided and abetted the killing of Floyd.

In addition to the state charges, all four officers were federally indicted in May on charges of depriving Floyd of his civil rights by failing to provide him with medical attention.

Chauvin also was federally charged with violating Floyd’s right to be free from unreasonable seizure and unreasonable force by a police officer.

Thao and Kueng were federally charged with violating Floyd’s right to be free from unreasonable seizure by not intervening to stop Chauvin from kneeling on Floyd’s neck.

Chauvin had also pleaded not guilty to federal charges of violating the civil rights of a 14-year-old boy he arrested in 2017.