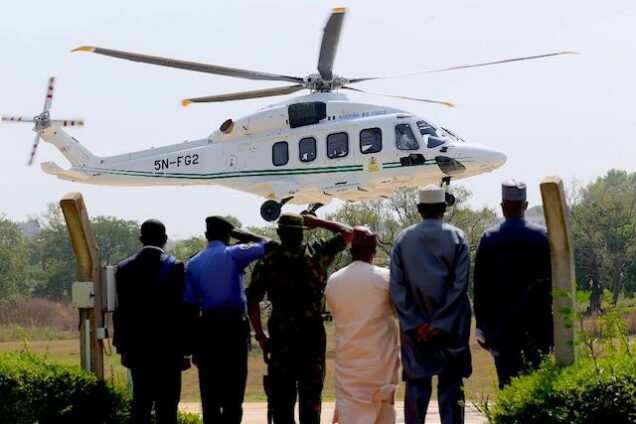 President Muhammadu Buhari is now on his way to Istanbul Turkey for the third Turkey-Africa Partnership summit.

His flight to Turkey began from Aso Rock where he was ferried from the Helipad, with a chopper to the Nnamdi Azikiwe Airport.

Some of the presidential aides were on hand to see him off, according to his photographer Sunday Aghaeze.

Buhari will be away till Sunday.

His wife Aisha is accompanying him on the trip.

Minister of Industry, Trade and Investment, Adeniyi Adebayo; the National Security Adviser, Maj.-Gen. Babagana Monguno (Rtd); and the Director-General of the National Intelligence Agency, Ambassador Ahmed Rufai Abubakar are also in his entourage.