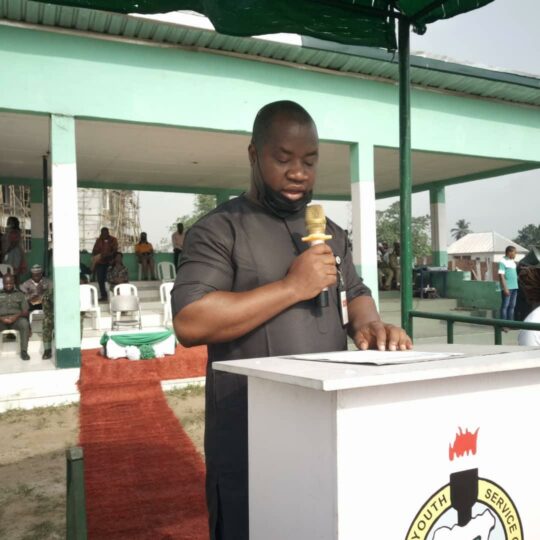 The Director-General of National Youths Service, NYSC, Brig Gen Shuaibu Ibrahim has reminded corps members that they symbol of national unity and should also strive to be a unifying factor in a multi-ethnic country like Nigeria at all times.

He therefore enjoined them to be resilient in their service to the nation and brace up to conquer whatever challenges the service year may throw up.

He gave the charge in a nationwide message read on his behalf by the Rivers State Coordinator of NYSC, George Mfongang, on the occasion of the terminal parade/closing ceremony of 2021 Batch C Stream 2 orientation course exercise.

He also informed the corps members that their service year is of great significance to the nation as of he looks up to them to advance the cause of unity and development of the fatherland.

He further charged them to sustain the spirit of patriotism, hard work and diligence in the community where they are posted so as to add value to the lives of its members.

Our Correspondent reports that a total of 2,350 corps members successfully completed the 3-weeks camping exercise at its camp in Rivers State.

One of the major highlights of occasion was march past parade by the Corps members.