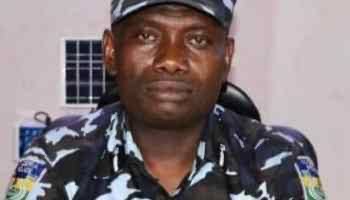 The Kaduna State Police Command has rubbished claims of compromise in the fight against bandits, saying it has arrested 305 bandits, robbers and others in the last 11 months.

A statement issued by the command’s spokesman, Muhammed Jalige on Wednesday, said the attention of the Command had been drawn to a publication making the rounds in the media, alleging complicity and compromise on the part of the Police in the fight against banditry in Kaduna State, purported to have emanated from the Deputy Speaker of the House of Representatives, Hon. Ahmed Idris Wase.

“For the records, within the past eleven months, the Kaduna State Police Command has been at the fore in the fight against banditry, armed robbery and kidnapping in the state. This has led to the arrest of a total of 305 suspects for involvement in the series of banditry attacks, armed robbery and kidnapping operations on the Kaduna-Abuja highway and other localities in Kaduna State.

”Out of these, 242 suspects are being prosecuted at various courts within the State. Similarly, a total of 161 sophisticated firearms and weapons, and 2,924 ammunition were recovered by the Police in the various crime fighting operations. Also, 168 kidnap victims were successfully rescued and reunited with their families,” he said.

Jalige stated that at no time had the Command connived, aided or abetted the commission of these heinous crimes in the State.

He said the report that bandits who were arrested by the Police were subsequently released was unfounded and misleading.

“The provision of the law is clear as to the role of the Police within the gamut of the criminal justice system including its statutory powers touching on the investigation, apprehension and prosecution of criminal offenders. The Command under the leadership of Commissioner of Police, CP Mudassiru Abdullahi will remain focused in the discharge of these responsibilities.

”The Command enjoins all stakeholders in the fight against insecurity to desist from making comments capable of undermining the fight against banditry and other crimes, not just in Kaduna state but the country at large.

”The Commissioner of Police, CP Mudassiru Abdullahi hereby restates that the Command is not discouraged in any way but will be unrelenting in ensuring that the few misguided individuals bent on disrupting the peace in the state by perpetrating these nefarious activities are arrested, and made to face the wrath of the law.

”He calls on residents of the state to promptly report any suspicious activity within their locality to the nearest police station,” he said.