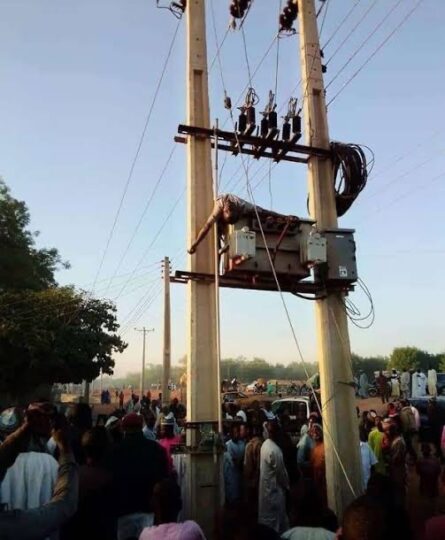 An unidentified man trying to steal transformer cables was electrocuted to death in the early hours of Thursday.

Elijah said “on Dec. 16, about 3.30 a.m., a vandal was electrocuted and died instantly while carrying out vandalism at Labour 1 Distribution Transformer of Tumfure 11 kv feeder.

“The vandal attempted to vandalise the upriser cable at the distribution transformer,” he said.

He said the incident was reported at Tumfure Police Division, and subsequently policemen brought down the deceased who had not been identified.

He appealed to residents to always be vigilant and report any suspected cases of vandalism, while urging those into vandalism to jettison the acts in view of the danger it posed to them, communities and JEDC.

Elijah said JEDC had begun installation of solar lightening system around transformers, and assured that all transformers would be covered with time to discourage vandalism.

A resident of the community, Zakari John, told NAN that it was not the first time such was happening and had always resulted to blackout for the community whenever it occurred.

John said his community was in darkness for seven days the last time their transformer was vandalised and, “we contributed money and put concrete to secure the transformer. They usually come to steal copper wire.”

He appealed to JEDC to mount security lights at the transformer site to help residents to stop illegal activities around transformer’s site.