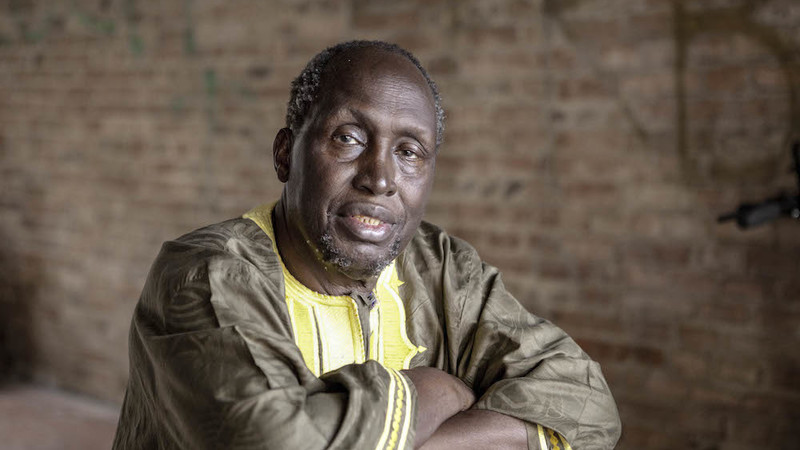 Ngugi Wa Thiong’o, one of Africa’s foremost novelist, scholar and writer, is not dead as earlier speculated on social media.

This was made known by Ngugi’s son, Mukoma Wa Thingo’o, who is also a writer and academic, via his post on Facebook.

“Just got off the phone with pops @NgugiWaThingo … and he is doing well. We shared a good laugh about his supposed demise. But good to see so many people caring,” Mukoma wrote.

Mukoma then posted a photo showing himself and his father sharing a hearty laugh, with the caption: Just found the perfect pic.

Born James Ngugi on 5 January 1938), the 83 year old writer and academic is famous for novels such as Weep Not Child, The River Between, A Grain of Wheat, Petals of Blood and Wizard of Crow.

His other works include plays, short stories, essays ranging from literary and social criticism to children’s literature. His short story, The Upright Revolution: Or Why Humans Walk Upright, has been translated into 100 languages across the globe.

The critically-acclaimed writer who has been in the running for the Nobel Prize in Literature, changed his name to Ngugi Wa Thiong’o in 1970. His 1977 play Ngaahika Ndeenda (I Will Marry When I Want), co-written with Ngũgĩ wa Mirii, provoked the then Kenyan Vice-President Daniel arap Moi to order his arrest because of its uncensored political message..

He also wrote the first modern novel in Gikuyu, Devil on the Cross (Caitaani mũtharaba-Inĩ), on prison-issued toilet paper while he was a political prisoner in the Kamiti Maximum Security Prison,

During his time in prison, Ngũgĩ made the famous decision to cease writing his plays and other works in English and began writing all his creative works in his native tongue, Gikuyu.

His time in prison also inspired the play The Trial of Dedan Kimathi (1976). He wrote this in collaboration with Micere Githae Mugo.

Ngugi was released in December 1978. Still, not only was his family harassed by agents of the Kenyan government, he was not reinstated to his job as professor at Nairobi University.

He was forced to live in exile with his family because of his writing against the injustice of the dictatorial government at the time.

It was only after Arap Moi retired after serving his second and last term in 2002, 22 years later, that it was safe for them to return.

Two years after, on 8 August 2004, Ngũgĩ returned to Kenya as part of a month-long tour of East Africa. However, on 11 August, robbers broke into his high-security apartment, assaulted him and sexually assaulted his wife and stole various items of value.

When Ngũgĩ returned to America at the end of his month trip, five men were arrested on suspicion of the crime, including his own nephew.

While in exile, Ngugi worked with the London-based Committee for the Release of Political Prisoners in Kenya (1982–98). Matigari ma Njiruungi (translated by Wangui wa Goro into English as Matigari) was published at this time.

In 1984, he was Visiting Professor at Bayreuth University, and the following year was Writer-in-Residence for the Borough of Islington in London. He also studied film at Dramatiska Institutet in Stockholm, Sweden.

His book The Perfect Nine, originally written and published in Gikuyu as Kenda Muiyuru: Rugano Rwa Gikuyu na Mumbi (2019), was translated into English by Ngũgĩ for its 2020 publication, and is a reimagining in epic poetry of his people’s origin story. It was described by the Los Angeles Times as “a quest novel-in-verse that explores folklore, myth and allegory through a decidedly feminist and pan-African lens.”