Where is Diezani's loot? EFCC detains Nnamdi Okonkwo for answer 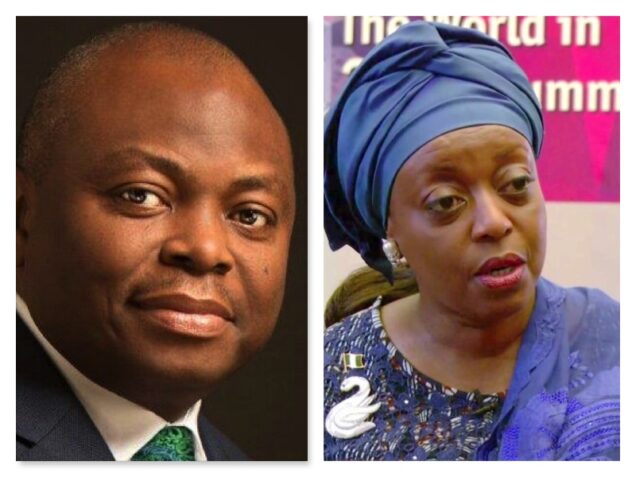 The Economic and Financial Crimes Commission (EFCC) has stumbled on $72.87 million at Fidelity Bank in an account linked to former petroleum minister Diezani Allison-Madueke.

The problem is that the money has vanished.

Mr Wilson Uwujaren, the spokesperson for the EFCC said , Mr Nnamdi Okonkwo, the former managing director of Fidelity Bank, has been arrested to fish it out.

Uwujaren who said that the money was lodged in the coffers of the bank, added that Okonkwo’s arrest was part of ongoing investigations on the former minister.

According to him, Okonkwo, who is currently the Chairman of First Bank Holding, alongside others, had earlier been grilled by the commission over Diezani’s $153 million and $115 million.

“While all the $153 million were recovered by the EFCC, the cases involving $115 million, as it relates with the Independent National Electoral Commission (INEC) bribery matter, are in various courts.

“Okonkwo and Charles Onyedibe are currently being detained by the EFCC over the whereabouts of the new $72.87 million, ” he added.

In November, Nnamdi Okonkwo was reportedly arrested by the EFCC over Diezani-related investigation.

The banker denied the arrest and said he was in his bedroom and not with EFCC.

It is now clear that his purported arrest may be linked to the $72.87million heist by Diezani.

It is not clear whether regulators will allow Okonkwo assume the helmsmanship of First Bank Holdings, with his being tangled in a fresh EFCC probe.

The board of FBN Holdings Plc had on October 28 appointed Mr Okonkwo the new GMD of the company with effect from January 1, 2022.

He will succeed U.K. Eke, who will step down on December 31, according to the company’s note to the Nigerian Exchange Limited.