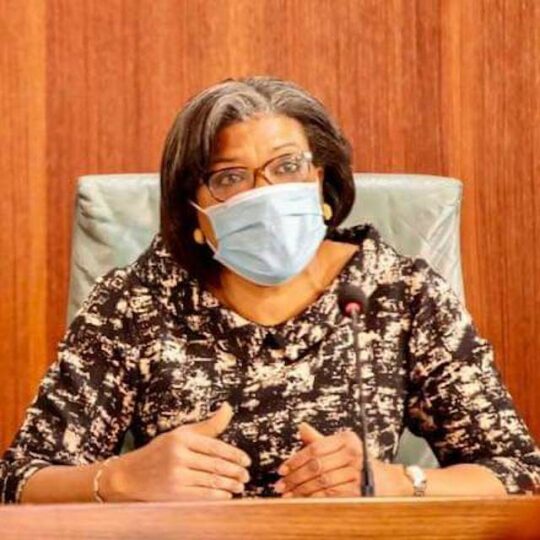 The Debt Management Office (DMO) has clarified that loans from China to Nigeria, which presently stood at $3.59 billion , constitutes only 9.4 per cent of the country’s total foreign debt stock of $37.9 billion dollars.

Ms Patience Oniha, the Director-General of DMO made this known in an interview with the News Agency of Nigeria (NAN) on Saturday in Abuja.

She also clarified that the loans were largely concessional, and that no national asset was pledged as collateral.

In recent times, both the social and mainstream media have been awash with news about some African countries, including Nigeria, facing the threat of losing some critical national assets to the Asian country due to high level indebtedness.

“Nigeria’s total debt stock as at Sept. 30 was $37.9 billion. This figure comprised the external debt stock of the Federal Government, 36 state governments and the Federal Capital Territory.

“ But total loans from China stand at $3.59 billion, which is 9.47 per cent of the total external debt. The loans did not require any national asset as collateral; they were largely concessional,’’ she said.

Oniha urged Nigerians to always endeavour to verify sensitive information from official sources before disseminating it.

She explained that before foreign loans were contracted, very sensitive steps were taken by multiple institutions of government to ensure that they were beneficial to the nation.

“Before any foreign loan is contracted, including the issuance of Eurobond, they are approved by the Federal Executive Council and thereafter, the National Assembly.

“An important and extremely critical step is that the loan agreements are approved by the Federal Ministry of Justice.

“An opinion is issued by the Attorney-General of the Federation and Minister of Justice before the agreements are signed.

“Several measures which operate seamlessly have been put in place to ensure that data on debt are available and that debt is serviced as at when due. Provisions are made explicitly for debt service in the annual budgets,’’ she said.

Oniha explained that the loans agreements provided a number of steps to take to resolve dispute when they arise.

“The first action is that the parties should resolve it within themselves and if that fails, they go to arbitration.

“In other words, a lender, in this case, China, would not just pounce on an asset at the first sign of a dispute, including defaults,’’ the she said.

She pointed out that those functions were carried out in conjunction with the Office of the Accountant-General of the Federation (OAGF) and the Central Bank of Nigeria (CBN).